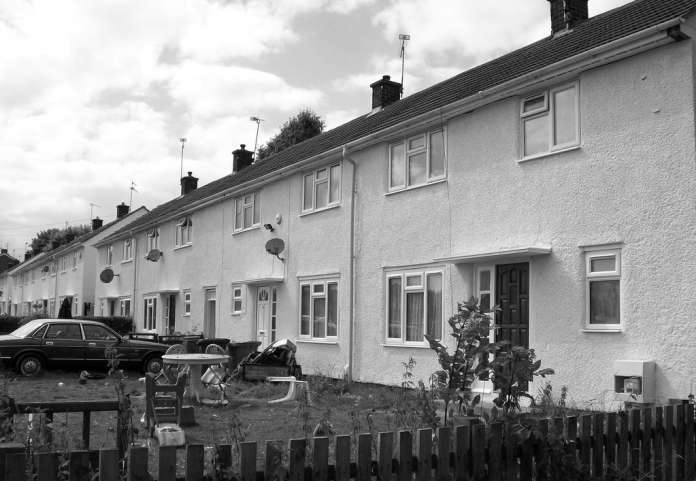 I would like to know, just who are the working class? On one level it is simple –they are people who work for a living. They are not professionals and they may not have a degree. They are honest folk being screwed over by others – the global elites, the Tories, the Blairites, it depends on who you ask. What we can agree on is that Theresa May quite likes them and wants their votes.

I ask all this because there is quite a lot riding on a working definition of ‘the working class.’ For lo, Mother Theresa did promise on Sunday to house these ordinary hard working folk of the working class.

The Sunday Times reported: “Theresa May will launch an audacious bid to woo Labour voters when she puts plans for a new generation of council homes for the working classes at the heart of her programme for government.”

Mother Theresa is going to encourage councils to build more homes, and then after a period of time the tenants can exercise a right to buy. This Right to Buy business featured in the last Tory manifesto but I am told not a single home was bought under it. We were also told that there will be no new money for this scheme.

May said: “Whether you rent or buy, everyone needs the security of a place to call home but too many ordinary working families are stuck on council waiting lists, facing unaffordable rents and struggling to save for that first deposit.”

So there you are – if we do manage to get this new stock of housing built, it will be for ‘ordinary working families’ so beloved of Mother Theresa.

The thing is Theresa May cannot unilaterally change the law on the allocation of housing, and under the current rules priority is not necessarily given to ‘ordinary working families.’

Is she now saying being in work will be a requirement to rent a council home? My understanding was that it was allocated according to need – not whether you were working, ordinary or not.

Shelter gives a summary here: Before a council decides how much priority to give you for social housing in its area, it looks at whether you are: eligible to apply for council housing and are a qualifying person.

If you are eligible and qualify you can join the council’s waiting list or housing register.

This states you must be a British citizen or live in the UK and have long-term or indefinite right to stay, including workers from the European Economic Area (EEA) (the EU countries plus Iceland, Norway, Switzerland and Liechtenstein); are a self-employed EEA worker or a member of an EEA worker’s family; have indefinite leave to remain in the UK (settled status); or, have refugee status and other cases.

You can get some priority if you are homeless, living in poor conditions, have a medical condition, need to live in a particular area, served in armed forces, and other cases.

So I am just pointing out that this is not straightforward. Some councils give priority to people in work, others do not.

I don’t want to be a pessimist but this policy is about as likely to be executed in its current form as you are to find me presenting the Today programme. It ain’t going to happen even though it would be a really good thing if it did.

So should you know an ordinary working family that would quite like a council house, I would not buy them a ‘Congratulations on the New Home’ card just yet.