NewsPaperthe art of publishing
HomeLaura PerrinsLaura Perrins: Memo to Leadsom – don’t suck up to the mainstream...
70

Laura Perrins: Memo to Leadsom – don’t suck up to the mainstream media 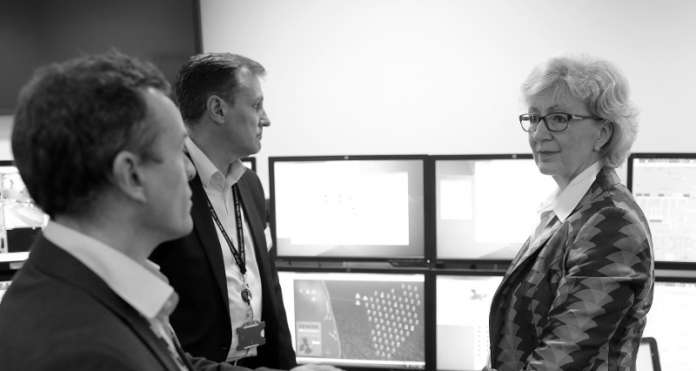 The knives are out for Andrea Leadsom. She now will have a good idea of how the Remainiac Stream Media operate after her interview in The Times, where she dared to mention her children. Leadsom, I hope, understands that the media, now very, very bitter at the referendum result and the fact that the majority of Britain ignored them and their scaremongering, are not going to lose again.

In this interview, she talks about education, workers’ rights, and free movement after leaving the EU. On education, she wants “grammar-school-style streaming” in schools and more single-sex education. This is a good, achievable policy.

Leadsom wants to do more to support families and, although cohabitating couples can be very supportive of each other, ‘if you follow the evidence, that suggests marriage is a very good way to provide a supportive background for children.” I assume this means she will bring in a pro-marriage policy or at least stop penalising it in the tax system.

She feels “stay-at-home mums feel they’ve been undervalued” and “I wouldn’t like a woman to feel ‘I have to go back to work otherwise I can’t pay the bills’, equally I don’t want a woman to feel forced to stay at home.” That seems pretty balanced.

On leaving the EU, she actually has a plan and wants to prepare the Civil Service for it. Unlike Mrs May she insists that “people who have already come here and made their lives here will have their rights protected. I think it would be cruel otherwise”. I agree with her – this is a moral, Christian position. If she becomes PM, then after this people can exercise free movement but will no longer have a right to stay here.

And then there was motherhood. She mentions her children and how this impacts her personally, yet everyone seems to think this is a terrible thing.

What I do not accept is that motherhood does not change you and you are exactly the same person after you have children than before. This is the way of madness. Whether it means you have a stake in the future or more empathy is up for debate. There are some pretty feckless selfish parents out there, just as there are some people who are childless out of choice because they cannot be bothered to make the necessary sacrifices that children involve – and trust me there are serious sacrifices involved.

But I will say this. Having three children does bring you into contact with the state apparatus in a very real way that is relevant to policy-making. First, unless you opt out and go private, you spend a lot of time in and out of hospital and the GP surgery, with ante-natal appointments, labour, and post-natal care. You get a good feel for the NHS and maternity services in particular.

Second, again unless you go private, you are knee deep in the education system. Some parents will take a more hands-on interest than others in the detail of the curriculum and some will take a deep interest in what the children are learning, how children learn, the benefits of a knowledge-led curriculum, and how much time wasting occurs in the state education system. I am not saying this makes you fit instantly for Minister at the Department of Education but it is relevant to policy-making.

Second, now that you have set out your right-of-centre stall don’t apologise for it. The media will make out that supporting marriage, having an actual border, not wanting to put babies in baby rooms in a nursery while mother trudges back to work, streaming in education, attending church and saying a few prayers makes you an ‘extremist.’ It does not. It makes you someone who reflects the views of the majority of your voters. Own it.