NewsPaperthe art of publishing
HomeLaura PerrinsLaura Perrins: Men get the best seat on the TV sofa because...
16

Laura Perrins: Men get the best seat on the TV sofa because they are dominant 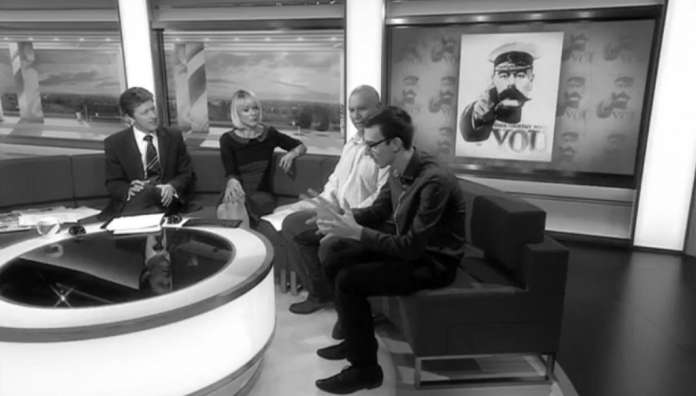 Yes, men sit on the left of the sofa on TV breakfast shows because males dominate. If you have a problem with that, take it up with Mother Nature.

An all mighty row has broken out because on BBC Breakfast presenter Louise Minchin was seated in the ‘junior’ spot on the right of the sofa despite being more experienced than her new co-host Dan Walker. This is because the left hand seat is the lead in this format as we read from left to right.

It is entirely predictable that Walker is on the left to Louise, especially in this format, because Walker is male. As such he is dominant to the viewers and the viewers expect him to be on the left. Any other seating arrangement would look ‘odd’, especially in this cosy sofa set up. It does not matter that he is younger or more junior than Louise. The fact is he is a man, and authority and dominance are vested in him by the audience. The producers and editors are merely giving the people what they want.

We are told: “Minchin, who has been on BBC Breakfast for 10 years and is nine years older than her new 38-year-old co-host, is understood to have wanted to sit on the left of Dan Walker, after Bill Turnbull left. However, producers decided it did not work visually, partly because Walker is 6 feet 6 inches tall.”

In this sense the feminists are right – it is a sexist format, but trust me most of the commercial formats will retain this arrangement because it is the ‘natural’ format. This was demonstrated beautifully when Piers Morgan and Susanna Reid swapped traditional seating arrangements on Good Morning Britain on ITV.

As you can see, it looks ridiculous and this is particularly the case as this TV couple are the 1950s screen archetype: Morgan the ultimate alpha male and Reid very feminine and flirty (readers should know by now that this is most certainly not a criticism of either of them).

Now, it may the case that in other settings – say a very political programme with a female presenter of exceptional knowledge and talent and authority –  the woman can take the lead. But as I said in this homely format, which reflects the family unit, it is the man who takes the lead. If the feminists have a problem with this they should sue mother Nature, or indeed complain on Twitter, which they do and has been effective.

But overall males dominate. What society expects them to do with that dominance – well, that is where social conservatism comes in and is a blog for another day.

Share
Facebook
Twitter
WhatsApp
Email
Previous articlePaul T Horgan: Trump has never been elected. But neither was Eisenhower, a great President
Next articleFox on Friday: Europe and the EU are not one and the same