NewsPaperthe art of publishing
HomeLaura PerrinsLaura Perrins: On balance, I am glad the Bakewell crumpet was not...
26

Laura Perrins: On balance, I am glad the Bakewell crumpet was not my mum 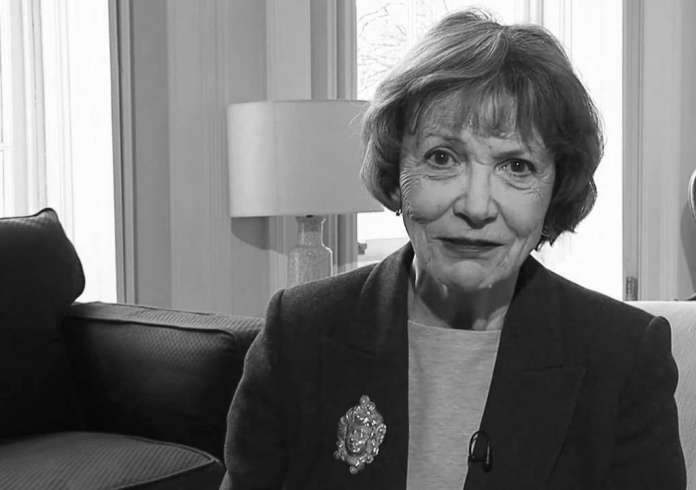 Joan Bakewell has still got it – style, sophistication, privilege and really, really bad life advice. Bakewell was involved in one of those British sex scandals that took place so long ago I had to research it on the internet.

The piece in The Times however spared me the effort, breathlessly telling me “The thinking man’s crumpet — she only half hates the phrase — was at that time not only presenting a late-night arts show but bringing up her two children and having an affair with the playwright Harold Pinter.”

Gosh, what a busy lady Bakewell was. All that juggling – the kiddies, the lover, the hubby and the career. Truly, she knew to have it all, and some (one else’s husband)!

Yet here I am, sad little me, with the kids at home and one husband. One! And not a lover in sight. Ever. Not a single one. What a slacker I am.

Listen, I have no crumpet with the Bakewell woman. I am sure she had to work very hard to succeed in the media world in her day. She deserved her success no doubt, three times over.

It is just the advice I cannot abide. She does not like mothers spending time with the children, especially in the coffee shops of Primrose Hill. And like Nicole Kidman before her, and Jenni Russell also of The Times, Bakewell believes we all take this motherhood business too seriously, what with the caring etc.

Caring for children is in Jenni’s words a “tedious, exhausting, unrewarding burden on adults.” Yikes, remind not to ask Jenni to ever babysit.

Anyway, the crumpet lady thinks mothers should not live their lives through their children. “There’s a great danger in making being a mother a profession in itself and it’s not. Then you want to know whether you’ve done well and what the outcome is — that’s called a grown-up child who might be on drugs or living on the other side of the world.” Do you hear that folks? If your child ends up on drugs (or dead?) then just row with it. The most important thing is that you do not over parent.

Goodness, if I have read this piece once I have read it a hundred times. I have no problem if some wimmin want to outsource the parenting, I really don’t. Most are just trying to muddle through and if you would prefer to work that is what you should do. What I can’t abide is the privileged wimmin lecturing us all about.

Also – and I am taking an educated guess here – those who do take to the broadsheets to pontificate about all this ‘over-parenting’ probably just paid the nanny to do protective parenting instead. They paid someone else to do the mollycoddling and then sent the kids to private school for further educational spoon-feeding.

Again, that is fine – just keep it yourself and don’t lecture other mothers if they choose to teach their kids to read because they cannot rely on the state school to do so. Don’t pretend like there is not plenty of helicoptering going over your kids by the hired help.

Finally, Bakewell thinks that ‘the younger generation have become more obsessive about parenting but perhaps they are less likely to have affairs.’ It is hard to tell, but Bakewell seems to think this is a bad thing. She kind of mentions it wistfully, that sad generation behind me and their lack of affairs. Why so boring?!

I am told the Bakewell/Pinter affair was so glamorous, there is even a play about, but let me tell you most affairs are not that glamorous. They are squalid, dishonest things, breaking up families, breaking the hearts of children and chucking them out of their family home. The crumpet kids retain their inheritance, lucky them, others (many children of divorced parents) are not so fortunate.

So crazy rich people with your rich people ways – keep it to yourself. We have heard enough – get off the stage.