NewsPaperthe art of publishing
HomeLaura PerrinsLaura Perrins: Ordinary people are not the problem. Ordinary leaders are
2

Laura Perrins: Ordinary people are not the problem. Ordinary leaders are 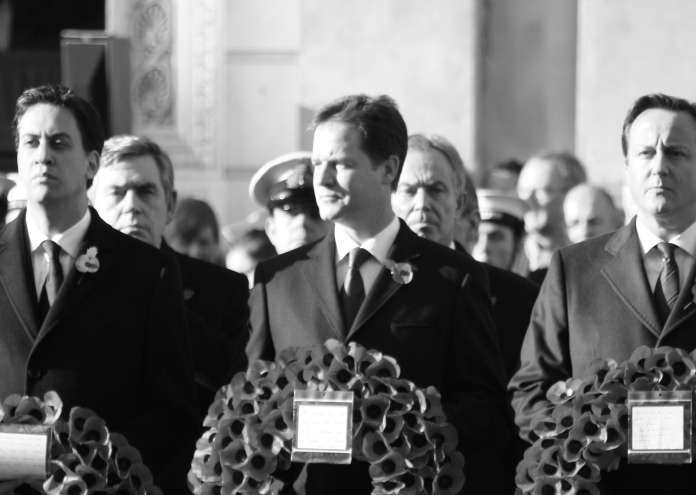 Ed has spoken to ordinary people such as computer worker Gareth Edwards and, we now learn, privately-educated Beatrice Bazell so he knows the worries of the ordinary man and woman.

Nigel – the man’s man – is also very in touch with the ordinary people. He has been ‘going down to the factory and meeting all the men and women working [and] they are a lot worse off than they were.’

Dave has not spoken yet but we know he will also be incredibly, extremely concerned for ordinary people. He will also speak about hard-working families but it is the same thing. The catch-call of caring about ‘ordinary people’ just sums up how empty the current political rhetoric is.

Who – apart from a few oligarchs in Kensington – does not believe they are an ordinary person? This is what caused Miliband so much trouble when trying to explain the ‘squeezed middle.’ On his definition, it included everyone.

I hazard a guess even the Jimmy Choo wearers that Farage now wants to hit with a luxury tax believe they are ‘ordinary people’ – they are just ordinary people who happen to be able to afford Jimmy Choos.

Likewise, the families living in the £2 million homes will – no matter how irritating – consider themselves ‘ordinary people’. They are just ordinary families who bought some wreck 10-15 years ago in West London and due to no greed or, indeed, brilliance on their part now live in a home worth £2 million.

If you have a problem with that take it up with the planning laws, and the Russian oligarchs that have poured money into London. The oligarchs do not consider themselves ordinary people, but it is unlikely that they will pay any of these taxes on the rich – that is what off-shore accounts and accountants are for.

So if all the parties are representing the same people, and propose broadly similar piecemeal policies, it does not leave much to fight over.

The view from the couch as we trundle through conference season is not just one of disaffection or disdain for the political class – it is just that they are uninspiring. Where is the vision, where, in fact, is the conflict?

I know elections are won on the middle ground – the problem with this is that it is does not allow for the real radical reform that the country needs.

Visions are easy to state but very difficult to deliver – exhibit one: President Hope and Change. But Thatcher had a vision and Kennedy had a vision and although these leaders occupied  different parts of the political spectrum (never mind electoral systems) the vision inspired people, not just to help themselves, but to help their country.

Thatcher and Kennedy advocated for the greater good, and warned this may involve personal sacrifice. Even for a Democrat Kennedy spoke little about all the stuff he was going to give Americans, and how ordinary Americans were. You would never hear Thatcher say this either. Vote Conservative – restoring the ordinariness to Ordinary Britain.

It seems that, for now, ordinariness is the order of the day.

Share
Facebook
Twitter
WhatsApp
Email
Previous articleLaura Perrins: Time for the Conservatives to be a party of ideas, not just power
Next articleChris McGovern: Boris is right. Only an out of touch elite oppose grammar schools