Laura Perrins: Paddy Ashdown wants your money to spend on rejoining the EU 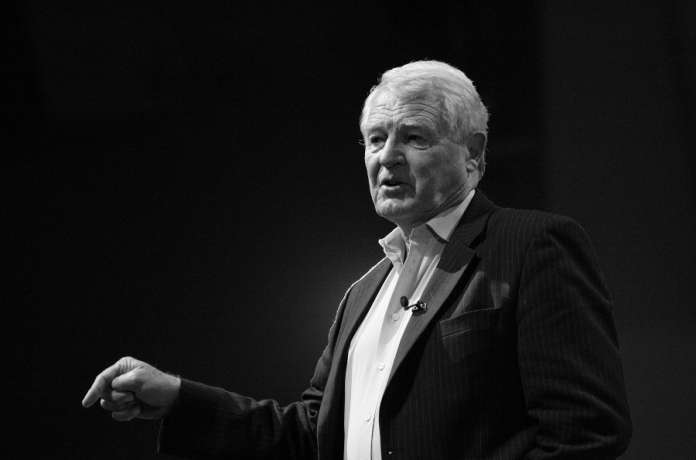 When my three children enter into some childish fisticuffs, I often tell them to put a sock in it then encourage a group hug. Similarly, Remainiac Lib Demmer Paddy Ashdown wants us all to stop being so extremist (i.e. disagree with his lefty liberal worldview) and have a group hug.

Ashdown has set up a new ‘movement’ called More United – which Guido Fawkes has revealed is a Lib Dem front group.

It proposes, essentially, to fund any candidates from any party that agrees with it and its principles.

I expect this will involve an interrogation to confirm that said candidate supports its principles, which are the must-have list for every dreary ‘progressive.’

They are a fair, modern, efficient market-based economy that closes the gap between rich and poor and supports strong public services; a modern democracy that empowers citizens, rather than politicians; a green economy that protects the environment and works to reverse climate change; an open and tolerant society where diversity is celebrated in all its forms; and a United Kingdom that welcomes immigration, international co-operation and a close relationship with the EU.

Further examination reveals that what it really demands are candidates that “will campaign for Britain to return to full membership of the EU.”

More United will fund said candidates with money raised from “the power of crowd funding.” So it does not just want your support, it wants your support – if you know what I mean. What they want is your money.

So cutting to the chase, this new “movement” (front for Lib Dems) wants your money so it can financially support candidates who will row back on Brexit. Simple really.

It tries to dress it all up in this meaningless language of ‘being united’, wanting an ‘open, tolerant, progressive politics’ as long as that means it can overturn the democratic will of the people exercised in a referendum to leave the EU.

It has not yet been confirmed if during this group hug Paddy Ashdown will whip out his guitar around the old camp fire of love and give us a rendition of kumbaya. But remember if he does and you do not join in then that makes you and extremist who wants to divide us.

So there you have it folks. Get your wallets out – the Lib Demmers have the begging bowl out.