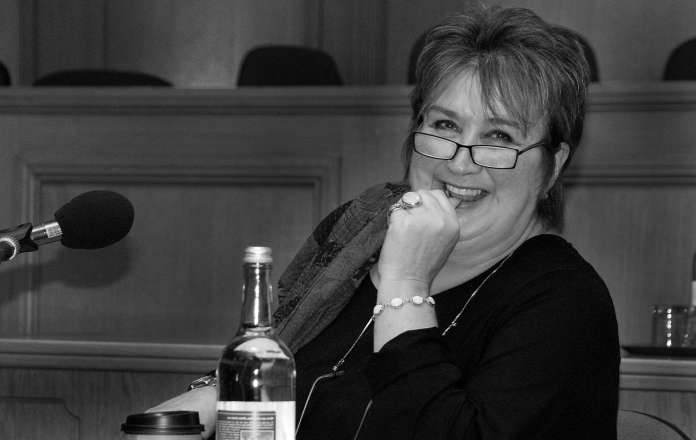 A few weeks ago our brilliant blogger Belinda Brown appeared on Woman’s Hour to discuss the family and childcare. She was there to put the side of those families who want to care for their children at home.

Woman’s Hour had to come to The Conservative Woman to put this side of the debate as they could hardly go to the unConservative Party! Hah! Can you imagine the sniggering from ministers at the very idea that mothers might want to care for their own children? That would not do.

As the blurb on the Woman’s Hour website tells us, “All of the main political parties in Great Britain entered the last election with policies on childcare aimed at supporting hard working families. The Government has proudly defended its record for helping women with children into work through affordable childcare.”

So there was our Belinda trying to explain that some mothers wanted to care for their own children and that this decision was brutally penalised in the tax system. This came as big news to Jenni Murray and the other guest.

However, the mere mention of the word mother was just too much for Jenni; she had to sit down. No hang on she was already sitting down so instead she attempted to censor, censor, her guest. Please could we use the word ‘parent’ instead, she asked, as sometimes fathers do this role.

Yes, sometimes father do take on the caring role but it is mostly mothers, Belinda pointed out. I could not believe it. Some may believe it is a small point but the fact that you can no longer say the word mother and caring for children in the same sentence on our national broadcaster had me shouting at the radio.

The feminists really have a serious issue with the word mother – it makes them feel uncomfortable. So uncomfortable in fact that they want to control when other people use that term.

Perhaps advocating for mother care of babies and young children will be seen as ‘extremist’ in a few years time and you can expect a knock on the door from the Old Bill on the orders of Comrade Nicky Morgan. If only the liberals could police the tunnel in Calais as assiduously as they do our speech then we would not be in the mess we now find ourselves.

Share
Facebook
Twitter
WhatsApp
Email
Previous articleReader’s Comment of the Day: How long before denying transgendering merits a visit from the Old Bill?
Next articleChris McGovern: Our bright kids from poor areas need grammar schools to give them a real chance in life