Laura Perrins: People should feel ashamed they voted for Corbyn 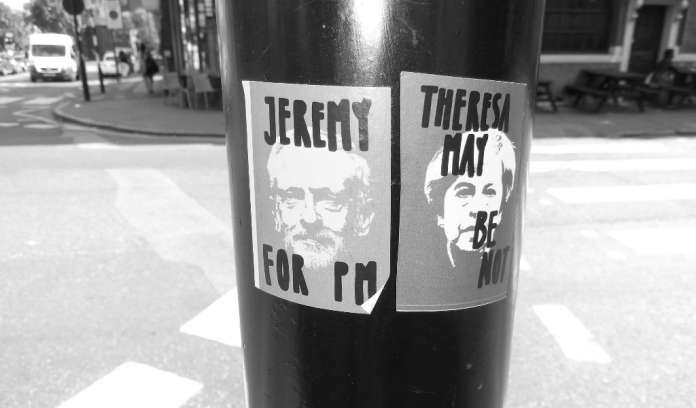 Why are you sitting so comfortably? Why are you so calm? Do you not realise what occurred at the last election, where the voting majority of those under 40 thought having Jeremy Corbyn as Prime Minister would be a great idea? “Labour did not just win a majority of 18 to 21-year-olds. It won a majority of voters in their twenties, thirties and forties.” And yet there you are – sipping your latte as the country slides towards a socialist disaster.

The promise to abolish tuition fees no doubt caught the eye of many a youth voter, but I agree with this ‘young person’ when she tells us that, “Ask young people what propelled them to the polls and they speak of Corbyn’s vision of hope, his honesty and decency; they talk about the evils of austerity and replacing Conservative coldness with Corbyn’s compassion.”

The most frightening aspect about this is that it is true. The only thing that stopped Britain from falling into the clutches of an anti-Semitic, terrorist-sympathising, sometimes-misogynistic bunch of socialist bullies was the elders. Those who fought in the war, and those born just after, voted Conservative. But these folks will not be around forever and then what are you going to do?

So just what the hell is wrong with the young, aka, under-40s? These people think that socialism is compassionate. They actually believe that state meddling in markets, brutal redistribution and authoritarian social policy are moral.

Even though, we know that socialism has failed everywhere it has been tried, even though we know it destroys families, communities and countries. But there they are, the youth, boasting, actually boasting,  about voting for Jeremy Corbyn. Something really is rotten in the state of Britain.

So how the hell did we get to this point?  Are the British not lovers of free markets and liberty, family and community? Are they not aspirational, taking pride in their work and seeking to serve their neighbour? Or did they just want the State to tell them what to do? I sense it is the latter.

This popularity of socialism should strike the fear of God into all right thinking citizens. In truth, however, I lay much of the blame for this at the door of the parents.

Perhaps in the end they indulged them too much, helicoptering over their work and bulldozing all difficulties out of their way until they got to university. When reality hit, the graduates just could not cope. Instead of turning to Mummy and Daddy for help, it was Jeremy and Diane and all the big state love that attracted them.

In truth however, this vote for socialism is a call for help. It is a call for something greater than themselves. Yes, it is a temper tantrum but it is also a rejection of the hyper-consumer, hyper-sexualised society around them. In an age of zero-hour contracts, people want meaningful, sustainable work; in the age of Tinder they want to get married and have kids; in the age of a massive housing shortage the want a home to call their own.

The error is that they think big government – socialism – can deliver it. It cannot. In the long run it will only make life more miserable.

“The question is how to keep the economy free and dynamic in an age of increasing uncertainty – and how to keep the blessings of material prosperity without reducing human existence to mere materialism.”

Only true conservative values: the power of the free market; the solidarity of family and community; the values of the Judeo-Christian culture can save Britain now. But the party that calls itself conservative is part of the problem, so do not expect them to help. If they can get Brexit done we should count ourselves lucky.

The campaign to save the country must continue. Now is not the time for surrender. In the future people should feel ashamed that they once voted for Jeremy Corbyn.