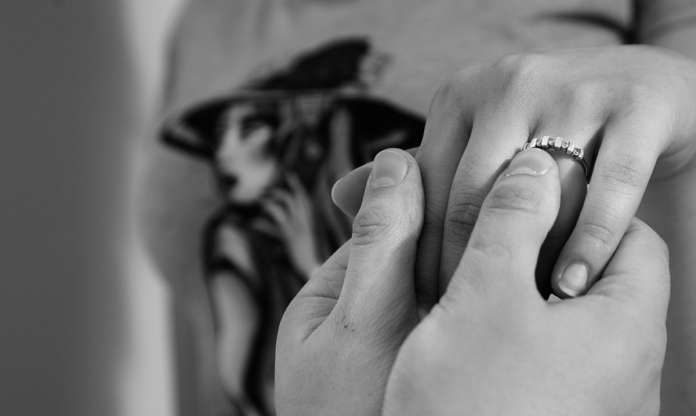 How are you navigating your ‘sandwich phase’, which is young people speak for the pre-marriage, post-dating bubble phase of a relationship? I suspect this is the phase immediately before the crazy wedding phase that I discussed only a few days ago.

It seems if you can survive the dating/Tinder horror show of the modern world, and enter into an actual relationship with someone, the blessed proposal may come. This is not a proposal of marriage however; it is proposal to cohabit.

This gem of a piece from the New York Times, will tell you, cohabitating can spring up some interesting challenges that no one ever warns you about. There a many things in fact that Anna Goldfarb “wished she had known before moving in together.”

What struck me about this piece, however, was not all the little nit-bits about chores and the requests to remove shoes at the door, but how even cohabitation follows very traditional lines.

The piece opens thus: “When my boyfriend, Mike DiPasquale, asked me to move in with him after two years of dating, I was thrilled. Even though I wasn’t sure exactly what I was signing up for.”

Gosh, I thought. How very traditional, how very conservative, how very patriarchal in fact. And all in the New York Times. Why was it that it was the boyfriend who asked the lovely Anna to move in? Why not Anna? And notice how Anna was so, so very, very thrilled that her boyfriend was making this commitment, and had asked her to move in with him after two years. I mean sure, she did not know what she was signing up for (an interview Anna, an interview), but there we are.

Anna and Mike also discussed what would happen if they split up, as this was the mature thing to do. Anna informs us (I think with a straight face), “Since Mike had owned his condo before we started dating, we agreed he should continue to live in it. I volunteered to move in with my parents until I found a more permanent place.”  Goodness, I thought to myself, that sure is gracious of you, Anna, not to steal Mike’s apartment from him in the event of break-up.

And secondly, of course, Mike owned the condo as that is one of the reasons that Anna was attracted to him in the first place! Mike is a man who can provide. Anna would never admit this to herself – but at least I am here to point out reality.

Then there was another couple: “Armando Morales and Annie Simeone decided it was silly for them both to be paying New York City rents, especially since hers was twice what he paid. Last June they figured they could make it work in Mr Morales’s apartment in Ridgewood, Queens, pending a drastic reworking of the space.”

This sounded like more of a mutual decision, but again it is the girlfriend moving into the boyfriend’s apartment and we are not told why he pays half what she did.

Finally – because I know you want to know how it all worked out – the postscript tells us: “After living together for two years — and after countless loads of laundry and a dizzying number of dishwasher cycles — Mike and I tied the knot on April 21, 2017. Eleanor (the three-legged cat) is thrilled.”

Mazel tov! Well done Anna, she bagged her man with real estate and I am pretty sure Mike made that proposal too because that is how things should be.

Now I am not judging her for this, dear reader, let me make that clear. I was a real estate bride myself. I am just saying that it is worth pointing out that middle-class women in America still have the luxury of first, getting married, and secondly getting married to a provider as God and nature intended. It is just a pity, that such an option is rarely open now to our working-class sisters.

To the bride and groom!

Share
Facebook
Twitter
WhatsApp
Email
Previous articleKathy Gyngell: The push for ‘medipot’ remains a push for pot
Next articleCerberus’s Election Watch: Crosby must have Juncker and Co on the Tory payroll