Laura Perrins: Poldark’s rippling muscles are a study in pre-feminism 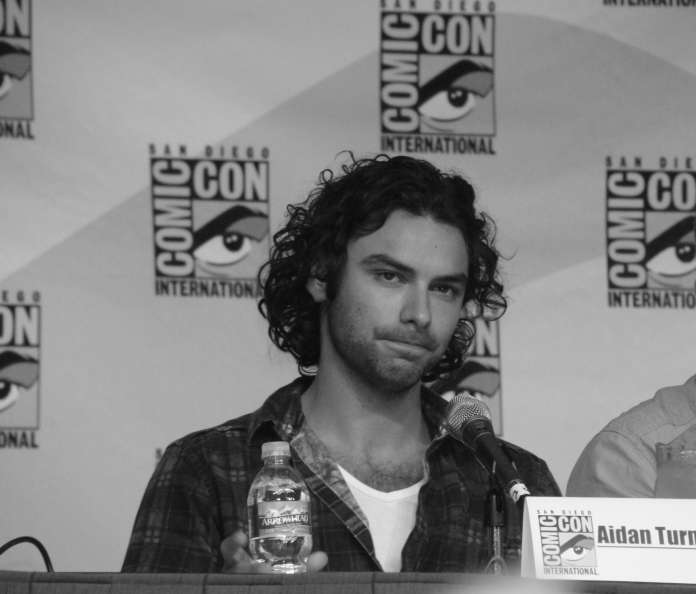 I have been catching up on my Poldark on iPlayer. What a hoot this programme is. It does not surprise me one bit that after 50 years of feminism the BBC decided to remake this series about a time when men were men and women were glad of it.

After the gruelling reality of the metrosexual male with his face cream and co-parenting and white collar job sitting in front of the computer all day, it makes sense that women take refuge in this fantasy about the man who puts the ‘alpha’ in alpha male.

The  common men of Poldark have bare-knuckle fights but according to rules that it must be a ‘fair fight’. The gentlemen, meanwhile, might engage in the odd duel. They do not get ‘in touch with their inner feelings’ when family honour is at stake. They just get their pistols.

Our hero Ross Poldark likes to say to the ‘kitchen wench’ when she states she knows where her place is, that “your place is where I say it is.” I sense in the next episode that place is going to be in very close proximity indeed.

Poldark and his men will soon be hacking their livelihood from the land, the sub-terrain of the land in the form of a mine to be exact. I expect even ‘the gentleman’ Poldark will be getting his hands dirty in between his busy schedule of the telling the kitchen maid where her place is.

Tall, dark, dominating and brooding is it any wonder the wimmin of today are drinking this stuff in every Sunday night? This is a man who knows what he wants and pursues it relentlessly.

It reminds a bit of my favourite film of all, the Last of the Mohicans with Daniel Day-Lewis playing Hawkeye. Here is also a man who takes no prisoners (literally especially when fighting bare handed the bloodthirsty Indians in the American colonial wars). He takes it all in his stride and is not seen sipping lattes while reading his Guardian on a Saturday morning. Hawkeye has more important things to do. Fancy a bit of lunch? Hunt down a stag. An Indian threatens your woman? Whack off his head with an axe. Your friend needs to escape a burning fort – pass me my rifle. I could go on.

You don’t get that these days. It is all ‘let’s make some risotto tonight dear’ and ‘where is my cashmere jumper.’ Exhausting. I expect many more of these series set before the feminists ruined everything to be coming our way.

Share
Facebook
Twitter
WhatsApp
Email
Previous articleChris McGovern: Bottom up reform of schools has been tried and failed. Alpha males are our only hope
Next articleReader’s Comment of the Day: Marriage protects children and saves us all money