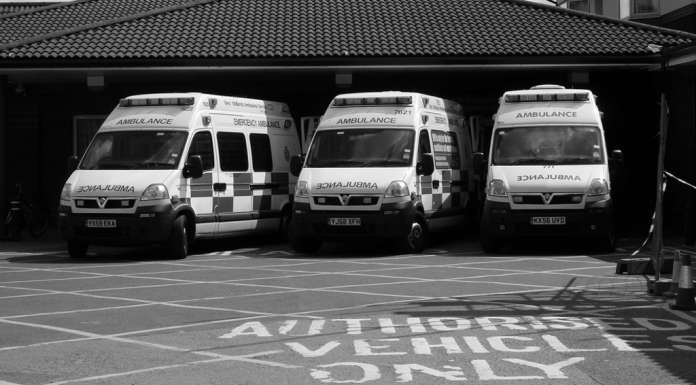 Lay off the oldies. It is not necessarily their fault that ‘young people’ are now screwed. A new study by the Resolution Foundation has found that pensioners have higher incomes than working families – but only after household costs are considered. “Before household costs, those of working age actually have a higher average income than pensioners.”

Now many people are saying that we should get rid of the triple lock on pensions to even things out. But it is not that simple, as Brendan O’Neill pointed out some time ago. It is simply misleading to say that all of today’s pensioners had a golden working life followed by a golden retirement – a small number of boomers may have had that, but not everyone.

In the 1960s, five per cent of 18-year-olds went to university; today, 43 per cent do. O’Neill tells some truth-bombs on how most of the boomers grew up: “In 1951, when Boomers were kids, 20 per cent of homes in Britain had no running water. In 1961, when the early Boomers were becoming teens, 22 per cent of households didn’t have a hot tap.” The myth of Boomer luxury and millennial penury is easily shattered.

But the small number of Boomers who did go to university and then the Big Smoke did impose the most catastrophic philosophy on the next generations – and that is leftism, in particular Welfarism. And not even the folks at CapX seem to understand that.

The UK is heading towards a £2 trillion debt the last time I checked. It is right that home ownership has skewed wealth towards the older generations – in which case we should build more homes and the government should tackle NIMBYism, that is reduce regulations not generate more of them.

And it is true, that while “rich middle-aged families no longer get child benefit, but rich pensioners still pick up their free bus passes and TV licenses and even winter fuel payments,” it can stick in the throat.

“But it’s not all about benefits. One interesting finding in the Resolution Foundation report is that while pensioners as a whole are far richer than they were, existing pensioners have only seen modest gains. What’s happened is that people have been hitting retirement age with more assets – private pensions, salaries from the jobs they’ve kept on doing, and of course their housing wealth – and then helped themselves to those state benefits as well. And the icing on the cake is that they don’t have to pay as much tax.”

Surely we cannot object to people accumulating private pensions and salaries but we can object to benefits – one of the key pillars of the Leftist State.

The NHS is another pillar and it is now on the brink of collapse. It is the NHS and social care together with an ageing country that will eventually break Britain. Every day there are headlines that the NHS is a ‘humanitarian crisis.’ But then of course it is – it is a socialised medial system, so care outcomes are worse and medicines are rationed. If we had a socialised food production system then food would be rationed and there would be food shortages.

And the Tories pander to all this leftism. You still hear the Tories prattle on about how they are the party of the NHS. They are – which makes them part of the problem not the solution. All of this comes at a time when ‘the amount of tax paid in the UK is poised to reach the highest level in 30 years.’

The truth is once democracy became about bribing people with their own money as well as increasingly other people’s money and looking compassionate, then elections become about who will give away the most ‘free stuff’ to the group that votes the most.

Democracy becomes not about what is best for the country in the long term (small State and personal responsibility) but instead about expanding entitlement programmes. And one will find that a population raised on the idea that the State must provide has an insatiable appetite for other people’s money.

So the group that votes in the greatest number generally are given more ‘free stuff.’  And who in the Conservative party in the last 10 years have challenged this? What Minister has said – the Ponzi scheme cannot go on?

Because it is a Ponzi scheme. As the piece says, “even if young people turned up to the polls in record numbers, it wouldn’t alter the fact that Britain – like other Western countries – is becoming a demographically top-heavy country. In this kind of gerontocracy, it will always be the logical political move to promise more money to pensioners: to rob from the present, and the future, to pay for the past.”

And this is what we have. It is a logical political move, but it not a moral one and it certainly is not a conservative one. The last time we had a conservative government in this country was when Thatcher parked her tanks on the leftists lawns and did not apologise for it.

The entire welfare state and the NHS is built on one big massive Ponzi scheme. National Insurance simply does not cover it – so we have billed the not yet born so we can all look ‘compassionate’.

“As a result, the only realistic hope the young have of getting a fair deal is the pity of the old.” Sure, or we could have a proper conservative party. One that pointed out the immorality of the Ponzi scheme, the unfairness of Welfare State and the terrible outcomes and inefficiencies of a socialist health care system. Sadly, on current form, I would not hold my breath.