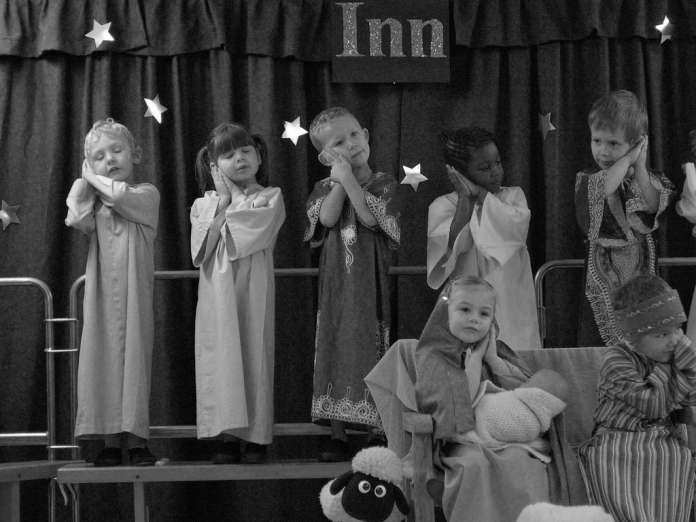 So how is that “Celebrating Equality and Diversity” lark working out for you? If you are a pupil at a Trojan Horse School in Birmingham, not so well.

Some of the Ofsted findings following an investigation into an alleged Islamic plot to take over the schools were that: the term “white prostitutes” was used by staff at one school; a school trip to Saudi Arabia was open only to Muslim pupils; a call to prayer was broadcast over a playground on a loudspeaker; in a biology lesson the class was told “evolution is not what we believe’; a radical preacher was invited to speak at a school; and, the baby Jesus was banned from the Nativity play.

It all sounds pretty ‘diverse’ to me so why aren’t we celebrating it?

Ever since the hippie right got into bed with the liberal left to celebrate all this wonderful diversity this was a bombshell waiting to happen.

What is wrong with rejecting evolution in biology lessons, when we are all about celebrating diverse beliefs? Does this not extend to the belief that rejects evolution? Bit of a tricky one there.

Banning the baby Jesus was a bit harsh but then if your school is predominately Muslim why would you celebrate Christmas in the first place?

Why, we are all so diverse now, we must treat non-Christian believers equally and if that includes dumping Jesus then so be it. So no, we should not be surprised at the mess we now find ourselves in.

Now that the Equality and Diversity crusaders have been left with egg on their faces, watch carefully as they desperately, desperately try to spin this as a ‘down with faith schools’ agenda.

In fact, none of the schools involved were faith schools. Not one. They were all non-religious state schools with a majority of pupils being Muslim.

However, if the schools involved had been Church of England or Catholic faith schools, you can be sure there would be immediate calls for faith schools to banned and the Church to be disestablished.

In fact Britain has a long and proud tradition of banning Catholic education – see the Penal Laws.

In fact, even if the Trojan Horse schools had been Islamic faith schools, this would not suddenly mean the school was entitled to call white women prostitutes and discriminate against pupils within the school. So the faith school issue is a dud.

Oh, but celebrating diversity does not mean we must tolerate something like calling white women prostitutes, I hear you say. Really? Why not? If you believe this is not acceptable then you would have to rely on some universal moral norms and this is the antithesis of diversity: you cannot have them both.

Now, suddenly, it seems we are going to bring back some universal moral norms.

Michael Gove, the Education Secretary, said that in the future all of England’s 20,000 primary and secondary schools will have to promote British values of ‘tolerance and fairness.’

We already required independent schools, academies and free schools to respect British values, the proposal is that this will be extended to all local authority-run schools.

This is to be welcomed, although one should not assume that useless Ofsted can competently monitor its adherence.

Pupils are already encouraged “to respect the fundamental British values of democracy, the rule of law, individual liberty and mutual respect and tolerance of those with different faiths and beliefs”.

Finally, Gove has said that teachers will be banned from the profession if they allow extremists into classrooms. So, we are no longer ‘celebrating’ those with diverse beliefs if that belief is that all infidels should be put to the sword. About time too.