NewsPaperthe art of publishing
HomeLaura PerrinsLaura Perrins: Saatchi & Saatchi should get a gong for crawling to...
90

Laura Perrins: Saatchi & Saatchi should get a gong for crawling to the feminist Stasi 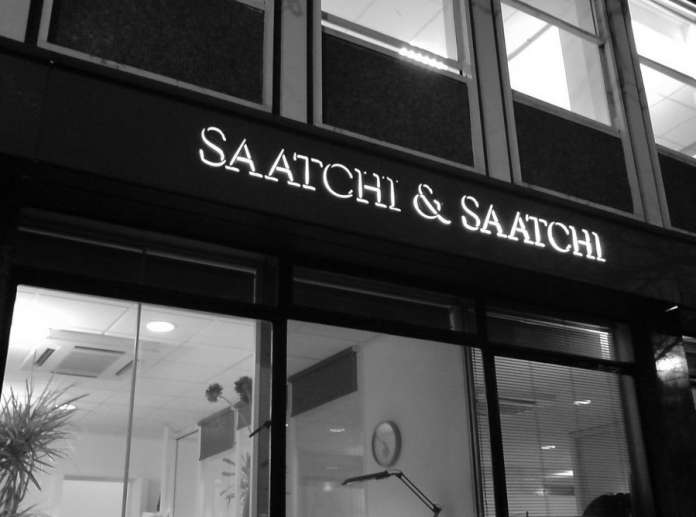 You have got to give it to the Wimmins Studies departments. I do believe they have earned ‘Total Victory’ in the gender wars. Thirty years ago these departments were obscure little places for professors who could not be professors in a real subject so instead were plotting to ‘smash the patriarchy.’

They dreamt up phrases such an ‘equality and diversity’ and ‘celebrating inclusion.’ Few understood what it all meant, because it was meaningless garbage. Today, thirty years on, you can be put on gardening leave from your job if you transgress this feminist creed of equality and diversity.

The latest victim of the gender thought police is one Kevin Roberts, chairman of Saatchi & Saatchi, who said that women do not desire leadership positions to the same extent as men.

Poor Roberts must have missed the equality and diversity propaganda so he has promptly been put on gardening leave for uttering this sacrilege. Soon he will have to resign or recant, swear allegiance to the Supreme Leader and suffer some time at the re-education camp.

In a statement that is both funny and frightening, we are told, Following the comments made by Saatchi & Saatchi Executive Chairman and Publicis Groupe Head Coach, Kevin Roberts, in a recent interview with Business Insider, Publicis Groupe Chairman & CEO, Maurice Lévy addressed a statement internally to all Publicis Groupe employees to reiterate the Groupe’s no-tolerance policy towards behaviour or commentary counter to the spirit of Publicis Groupe and its celebration of difference as captured in the motto Viva la Difference!

These guys sure do not do irony! So first, the Supreme Leader circulated an e-mail to all their employees warning then of the ‘no-tolerance’ policy the company has towards any behaviour or commentary that goes against the companies ‘celebration of difference.’ Because that is not totalitarian and authoritarian at all.

The statement goes on: Promoting gender equality starts at the top and the Groupe will not tolerate anyone speaking for our organisation who does not value the importance of inclusion. Publicis Groupe works very hard to champion diversity and will continue to insist that each agency’s leadership be champions of both diversity and inclusion.

This language is something one would only have read, as I said, in an obscure Wimmin’s Department 20 years ago. But due to very effective lobbying from this totally unrepresentative group of vested interests i.e. the feminists, it has seeped its way down from the academy to be taken up by the media, then government departments, and now private companies.

Never mind that what Philips said has been confirmed by evidence and research, such as that completed by Catherine Hakim. Hakim found in Feminists Myths and Magic Medicine, that “despite feminist claims, the truth is that most men and women have different career aspirations and priorities. Men and women often have different life goals and policy-makers should therefore not expect the same job outcomes.”

This is what Roberts said before he was censored, namely “we (men) are trying to impose our antiquated shit on them, and they (women) are going: ‘Actually guys, you’re missing the point, you don’t understand: I’m way happier than you.’ Their ambition is not a vertical ambition, it’s this intrinsic, circular ambition to be happy.”

Roberts was not saying women just want to be at home but that they do not all want to be in c-suite. Many women in companies say on being offered promotion, ‘I don’t want to manage a piece of business and people, I want to keep doing the work’,”

Hakim was also ostracised by the sisterhood for daring to question feminist orthodoxy that says men and women have exactly the same attitudes to work. For now the feminists have dominated the mainstream media so this kind of myth-making will continue. And God help anyone who questions it – for them the feminist inquisition awaits.