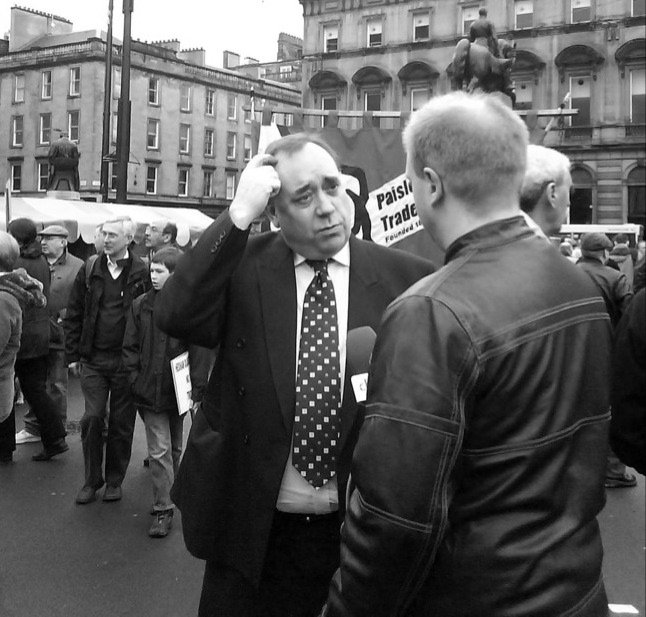 That was a very expensive way to maintain the status quo. In fact we have not even retained the status quo if our new – government-by-dictat Coalition (and Opposition) are to be believed, and they uphold their pledge to grant Scotland a whole raft of new revenue raising powers, to the detriment of English taxpayers.

The Scots retain their free prescriptions, free university education and free social care, that we in England do not benefit from. It is too expensive you see – especially when you have to pay for other people elsewhere to receive these services.

The price we will all pay for Prime Minister Cameron’s hopeless handling of this affair is that the Scots will retain funding that guarantees them an extra £1,400 of state spending per head compared with those in England and Wales.

This we are told is a ‘victory for the Union.’ No. This is what a shakedown feels like. This is what restorative justice feels like, when you are robbed blind by someone who you are then forced to feel sorry for when he tells you his inevitable sob story.

It is ludicrous, it is laughable if it were not so serious, that the English taxpayer has been reduced to this lowly state because our Prime Minister is too busy bodyboarding and doing the school run while someone who looks frighteningly similar to Tony Soprano is diligently and ruthlessly plotting the next step in the great Scottish victory. And by any measure, even though the Scots have voted No, victory is all theirs.

Share
Facebook
Twitter
WhatsApp
Email
Previous articleAlistair Thompson: Miliband and Clegg are big losers from the Scottish vote
Next articleNick Wood: The Scottish crisis is not over. It has just moved south