NewsPaperthe art of publishing
HomeLaura PerrinsLaura Perrins: Shameless Shami cares about her son but not yours
34

Laura Perrins: Shameless Shami cares about her son but not yours 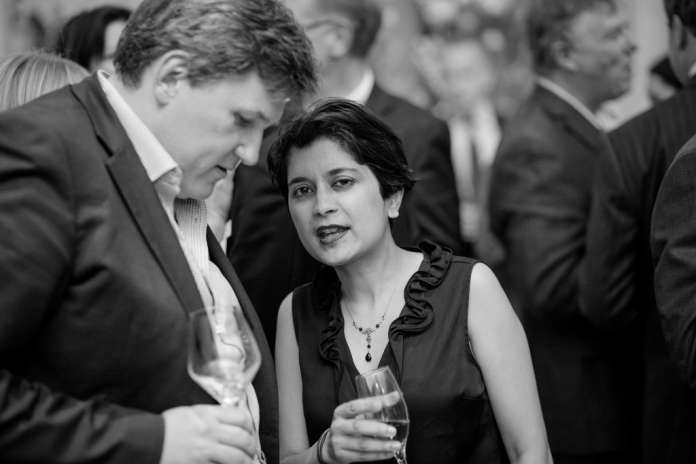 What more can be said about shameless Shami Chakrabarti, or to give her full title, Baroness Shami Shameless Chakrabarti the First, Who lives in a Big House and eats Nice Food? Truly, she is a gift that just keeps giving.

We all know that Shami sends her son to the exclusive Dulwich College school, all the while opposing the expansion of grammar schools. She seems to think there is nothing hypocritical in this, as ‘just because she lives in a nice big house and eats nice food’ it does not mean she cannot help those who are homeless and use food banks. Sure, but the two are not the same thing. If she lived in a nice big house and ate nice food while preventing her neighbours from moving into a better house and eating better non-state provided food, then that would make her a hypocrite, which she is.

Shami puts the Bollinger into Champagne Socialist. I can confirm to readers that Dulwich College is indeed a superb school on extensive, beautiful grounds with a campus the size of a small university.

I would give my right arm to send my son there. Day fees per term are £6,305, which will set you back a cool, £18,915 per year, and remember you still have to have enough set aside to pay for the nice big house and lots of nice food. As I said, they do not come more Champagne Socialist than Champagne Shami.

What Shami does by sending her son to Dulwich while opposing the expansion of grammars is not just a classic case of lefty two-faced pomposity. It hurts other children too – children she claims to represent.

Shami thinks the state education system is so poor, she will not even take it up for free. But more seriously, Shami hurts the educational experience of other children. Remember, one of the reasons the Left oppose grammar schools and academic selection is because they feel those who are not selected ‘the left behind’ are worse off by being deprived of their more able friends.

As such, Shameless Shami’s withdrawing of her son from the state system means she has worsened the educational experience of her friends’ and neighbours’ children. She deprived those pupils of learning alongside her talented son, and condemned them to mediocrity instead. And yet she pretends to be for the common good for all. Not likely.

Finally, but by no means least, Shami’s selection of a private education for her son, over the state system demonstrates her trust in capitalism. She is a member of a party that wants to expand the State and sees capitalism as generally harmful and downright evil in the education system. Yet Shami herself has trusted the capitalist system to deliver the best possible education for the most precious thing in her life – her son. On this decision, she is right, but her decision to serve Labour, who want to deprive the rest of us of this, is nothing less than shameful.