Laura Perrins: Spare a thought for the hippies. Their free love revolution is now regulated by a state clipboard 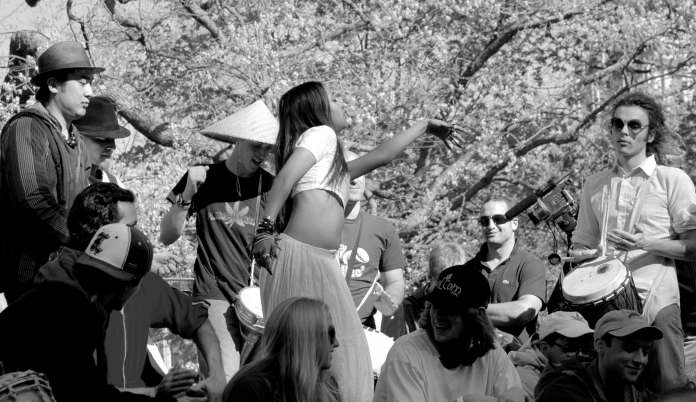 Last month, the Commons Education Select Committee said primary school children should be taught about sex and relationships because of new dangers posed by the internet.

MPs on the ‘influential committee’ said sex education should be made a legal requirement in all schools to equip pupils for life in today’s society. The select committee’s proposals would mean primary schools across the UK would be legally required to provide sex education to all pupils, which may include discussion of pornography (but not shown – for now).

We had the pros and cons of this silly at best ,dangerous at worst, scheme, played out on BBC Radio’s Moral Maze this week if anyone cares to listen.

They had a sex inspector, no sorry ‘spokesperson’, from one of these uber-liberal organisations that campaign for compulsory sex education for ‘children and young people’. This is necessary so all can have ‘healthy and safe relationships.’ This is sure to go down well with the teenagers. ‘Healthy and safe’ is what they go for, not passion or love or commitment. This all sounds pretty prudish to me.

And that did not take long, did it? Forty to fifty years after the great ‘free love’ revolution, we now have a love not so free at all – in fact it is government-sanctioned sex, usually without the love. What a passion killer.

How do these people define a healthy and safe relationship? Do they really think they can use terms that normally apply to building sites to human sexual relationships, for goodness sake? Some people believe that the only healthy and safe sex can take place within marriage. Others believe as long as you have ‘safe words’, all is fine.

I dare say that if you asked those poor girls who were gang raped by the Pakistani gangs of Rotherham at the time if they were in a ‘healthy and safe relationship’ they would have said yes. The authorities certainly seemed to think so. They were so confident that these under-age girls were in ‘healthy and safe relationships’ and not being exploited and gang raped by a pack of misogynists they were dolling out contraceptives by the barrel load. But I digress.

We are told we live in ‘rape culture’ so the girls are to believe that half of their classmates will rape them, given the chance; there is the clap and what not to worry about as everyone is doing it with everyone else. And don’t forget the ultimate Armageddon – pregnancy. Because having a baby is a very bad thing. Evil babies.

‘Back in the day’ when sex was taken seriously, so seriously that its proper place was in a marriage for life (officially at least) then there was time and space for passion and commitment and pregnancy was the joyous and natural consequence of sex that it was. Now this is all replaced with a government official and his clipboard of ‘health and safety’ requirements. I am not too sure this is what the hippies had in mind.

Share
Facebook
Twitter
WhatsApp
Email
Previous articleReader’s Comment of the Day: Make all schools independent of the dead hand of the State
Next articleKathy Gyngell: The Children’s Society should back marriage not bleat about more benefits