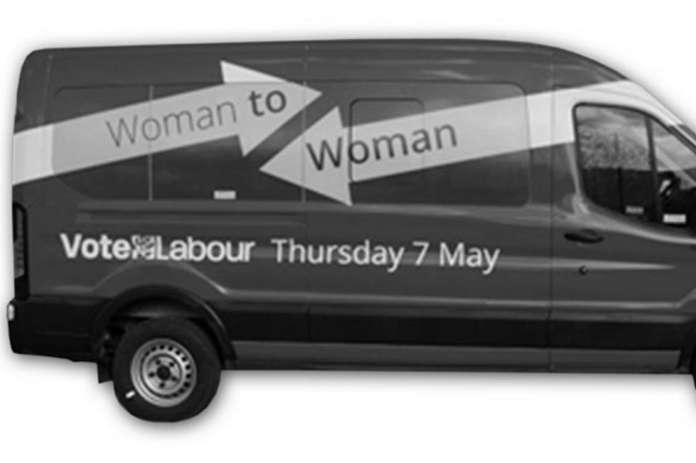 Labour are taking some flak over their Woman-to-Woman pink bus that is “taking the political debate to the kitchen table”. I say – good for them and Harriet Harp-on-and-on.

Harriet, unlike the useless Tories, does fight for her constituents. Sure, this often means bunging her constituents more and more taxpayer’s money. But then the Tories have recently tried to imitate her on this – a fight they will never win.

Here are three positives about the pink bus.

As such, this will annoy all those who think “pink stinks”, including many of the feminists in both parties who have nothing better to do than campaign against the colour pink.

I was shocked to learn that parliamentary time has been given over to discussing ‘gender bias’ in toys. I never knew toys were sentient beings motivated to do down the sisterhood, but clearly I was wrong. Why discuss the impending implosion of Greece or Syria when one can debate the real and present dangers of princess dresses instead?

2. It recognises the caring role women have.

Harriet tells us the pink bus will discuss issues such as the “sandwich generation” of women who care for both their children and their parents. This is progress, although I hope they do not go on to denigrate this important role as is the typical feminist way.

Sadly I also suspect that that the Labour solution will include the aforementioned bunging of taxpayers money at the problem, but at least caring is on the political agenda.

3. Labour understand that the kitchen table is the place of power.

However, and I suspect this is where I depart ways with the sisters, the kitchen table is the seat of power because it is in the private sphere. What I do not want is the State, or indeed the Labour Party, coming in, pulling up a seat and asking me what they can do for me and my family.

You can also stop taxing my husband into oblivion. That would be a start. Why don’t you recognise the fact that he has four mouths to feed and reinstate the family tax allowance.

I suspect this is indeed where the heated debate around the kitchen table would begin, because the truth is Labour despise the married family and married men, as I have explained before.

Labour loathe the nuclear family because it is independent of the State and less in need of State hand-outs. This means less power and influence for the likes of Powell and Harp-on-and-on and we cannot have that.