Laura Perrins: The Big State is the inevitable result of chaining women to the work station 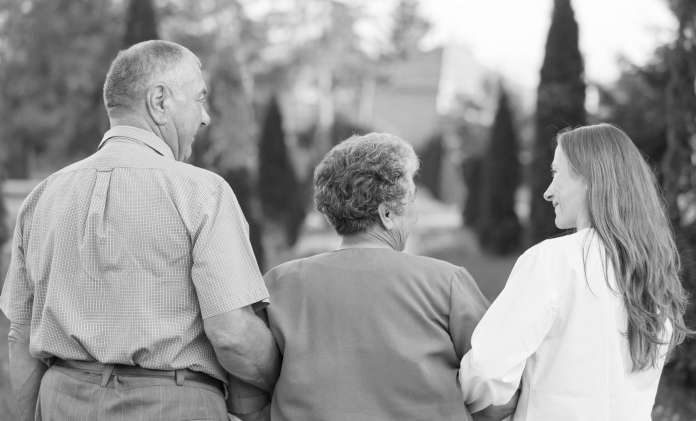 Stop complaining about ‘The Big State’. It is here to stay without a serious regeneration of the private sphere.

Late one evening I stumbled across the Victoria & Albert Museum website which has some very interesting discussions on gender in the Victorian era. Perhaps much of it is disputed elsewhere by another historian, but it makes for gripping reading even though it comes from a feminist perspective.

The sections set out, in Victorian times, that women were viewed as subservient to men. However, the huge amount of work carried out by women, unpaid and in the private sphere, is what caught my eye. Women of all classes ran their homes, cared for the young and old, were active in their communities and carried out serious works of charity, effectively in place of social work and I would add, the welfare state.

“Throughout the Victorian period, when family needs allowed, women undertook unpaid work in a variety of fields, known collectively as philanthropy. Typically operating at local level, often through Church structures, these activities might today be classified as ‘social work’. They included distributing clothes, food and medicines; teaching literacy, home care and religion; and ‘parish visiting’ of the poor and infirm.”

Many women did indeed work, such as running the family business, but once dangerous jobs were regulated and work and home became separate post the industrial revolution, many men worked very hard so their wives could care for children and run the household.

The author, Professor Jan Marsh tells us, “Generally, male workers strove to secure wages that enabled wives to be full-time mothers”, but Marsh confirms her prejudice by adding “an aspiration in tune with bourgeois notions of orderly domestic bliss.” (What is wrong with middle-class, domestic happiness, I ask myself? I strive for it everyday.)

Gender equality was slow coming, says Professor Marsh, and was resisted by some – even women!

“Those defending the status quo – who included a substantial number of women – argued that male duties to support families and to fight for their country were responsibilities, not privileges; and that British women possessed incomparable moral influence and power.”

That is us, I thought! That is us a hundred years ago!

Marsh explains that even in upper middle class home, the lady of leisure was a myth. “The notion of idle, unoccupied Victorian ladies is something of a myth. Women ran the house, undertaking domestic work and child care themselves, as well as supervising the servants employed to cook, clean, carry coal and run errands.”

The women did much of the hands on caring, not just of their own children, but cared for the elderly as well as sick servants. “Traditionally, too, women cared for the sick and elderly. In a large Victorian household, at any time at least one member – child, great-aunt or servant – might require nursing, often for prolonged periods. ‘All women are likely, at some period of their lives, to be called on to perform the duties of a sick-nurse, and should prepare themselves for the occasion when they may be required,’ noted Mrs Beeton. Professional nurses might be hired, but in many homes ‘the ladies of the family would oppose such an arrangement as a failure of duty on their part.”

Calling on others in the community was also seen as a duty and necessity. In addition due to the Victorian ‘gospel of work’, many women did work outside the home – our hard working families of yesteryear – but usually only when family commitments permitted this.

We know that despite 40 years of sustained and incessant feminist campaigning in the media, the academic world and popular culture, many young women still prioritise raising their young family over paid work outside the home, particularly full-time work. Belinda Brown explains this in full here.

But let’s face it, the private sphere and the unpaid care, energy and work that went with it has been under relentless and sustained attack for over four decades now.

Caring for children and indeed the elderly was the priority for women working in the private sphere. As the private sphere has been hollowed out, it is no coincidence that the State has grown to an unparallel degree to fill the void.

Now, the State in one form or another, attempts to fill this role, often badly.

Unbelievably, parents now receive grants from the taxpayer to pay others to care for their children. This is in the addition to the huge direct subsidies funded by the taxpayer that are poured into the childcare industry itself.

This State take over of caring for children was a key electoral promise by the Conservatives. At the last count childcare cost the taxpayer £5.4 billion a year. A year! The fact we even have a ‘Childcare Minister’ is depressing enough; the fact that he boasts that the Conservatives are “pumping billions into the sector” should signal the end of days.

Now let’s look at the other end of the scale – elderly care now referred to as social care. We know many elderly are in hospital, as they have nowhere else to go. I also listened to Radio 4’s You and Yours some weeks ago about how some who receive social care receive barely one visit a day: one caller in particular said she never got out of the house and there was simply no family or friends to call on her at all. The overall impression I came away with was that there is simply no way the State can take on this role to an adequate degree.

Social care ‘is in crisis’ and the industry demands millions to keep the system afloat. I have no doubt it is needed. And the demands will only grow greater as the boomers grow older. “The gap between available resources and the demands of an ageing society is said to be widening by at least £700m annually.”

Clearly, the assault on the private sphere, where women historically did so much unpaid work, has resulted in an ever-expanding State. The hands on care of the young and old are the most obvious examples, but don’t forget that there are now thousands of pen-pushers needed to administer these public care schemes, or public-private schemes and lawyers, always lawyers, there to deal with the contracts. The expense is immense and we probably never get an accurate account of it.

For now, I am not saying one way or another what any of us ‘should’ do, apart from this: stop bitching about high taxes necessary to pay for it all. And stop bitching about the quality of care either. Paid for care is not the same as family care. This is a universal truth that many like to ignore when it suits them.

This is what you wanted. If everyone is at work, there is no one left to hold the baby unless you pay someone to do it. If your idea of a thriving private sphere is taking a photo of your granola breakfast and uploading it to Facebook then we have a problem.