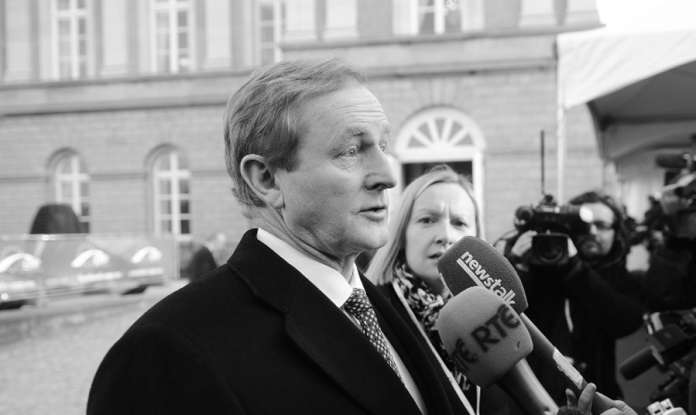 I can confirm, having holidayed in Ireland, that they have taken the whole Brexit thing very badly indeed. I find it ironic, highly ironic, that my native land had a collective nervous breakdown at the idea of the old enemy leaving the European Empire.

I mean, who would ever be stupid enough to leave a larger governing entity? Only crazy people would do such a thing. Did I mention there were many celebrations in Ireland this year commemorating the 1916 Rising which set in train Ireland’s liberation from the old enemy?

Anyway, having fended off various arguments from my nearest and dearest, I do believe I must call my father and say ‘how do you like them Apples?’

As in: ‘How do you like the idea of the European Union meddling in Irish economic interests by demanding Apple pay a few bob in taxes ‘back’ to the Irish government even though, oddly penough, Taoiseach Enda Kenny says ‘thanks but no thanks Apple, we have no need for that £13 billion, we are all good. Go raibh míle maith agat, etc, etc.’’

The European Commission, however, has a different view. They want this company to pay these taxes back to Ireland. Apple does not want to pay the taxes, the Irish government does not want the taxes but the supranational entity has other plans.

What this will mean for investment in Ireland and Irish jobs, no one yet knows. (Mind you, never to miss a beat is the Irish Times who thinks the money does not even belong to Ireland – but all the other countries including the US who have been ‘deprived’ of these funds. “Basically it is wrong for us to use other people’s taxes to pay for our roads, schools and hospitals.” Someone should remind him that Ireland has been building roads using other people’s taxes (mostly German) for decades).

It is up for debate as to whether the Apple’s accounting arrangements are illegal or legal tax avoidance. What is not currently illegal is the Irish corporation tax of 12.5 per cent. Not that Apple even pay this. The Irish are not stupid and one thing they have always played hardball on is inward investment. Apple reached an arrangement with Dublin back in the early 1990s that leaves it paying a much lower effective tax rate. The Irish government did this to keep well-paid jobs generated by Apple, in Ireland.

Britain, on the other hand, has a corporation tax of 20 per cent, which arguably contributes to aggressive accounting and tax techniques being used by firms such as Starbucks and Google to avoid paying tax in the UK.

Perhaps Britain should consider lowering that rate to increase investment and jobs. That is known as ‘acting in the national interest’, as opposed to ‘acting on behalf of special interests’. At least post Brexit (whenever it happens) the European Commission can only watch and squirm.