NewsPaperthe art of publishing
HomeLaura PerrinsLaura Perrins: The Left has a problem. The Right has nicked its...
10

Laura Perrins: The Left has a problem. The Right has nicked its wardrobe 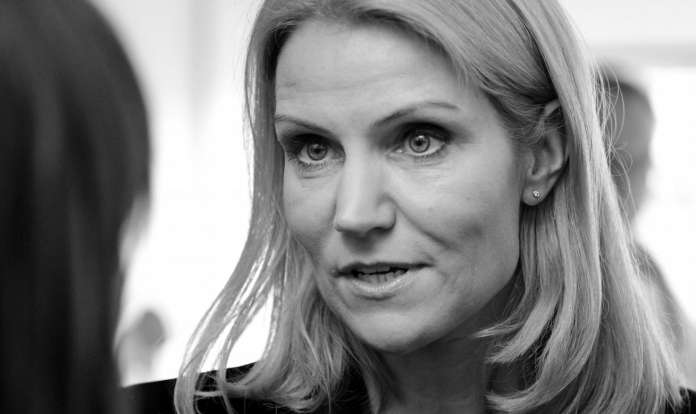 Another left wing government was shown the door last week when Helle Thorning-Schmidt was voted out of office in Denmark. As Tim Montgomerie points out, “Scandinavia was once the praetorian guard of Europe’s Left but with the Danish election result only Sweden now has a non right-wing government.”

Montgomerie suggests the big problem now for the global Left is that it cannot answer the question, “what does it mean to be left wing when the money has run out?” But is this the whole story?

The other problem is, what can the Left offer voters that the Right will not? And the answer to that is: not much. In Britain in particular you get 80 per cent of what the Left is offering by voting Conservative, so you might as well go with them. You get all of the big government schemes while looking a bit more responsible to boot.

So yes the Left is in trouble when most ‘right wing parties’ occupy the left of centre ground anyway. And this is only on the economic side. When is comes to social policy, it is clear the Right have been routed. When the morning after pill can be distributed to girls as young as 13 without parental knowledge or consent and it raises barely a whimper of concern it is safe to say the game is up.

Just how right wing is this government? The Conservative government has increased spending on foreign aid and green energy.

Its manifesto commitments included subsidising childcare costs, a promise that has not been properly costed as providers are now complaining that there will be a serious funding shortfall.

The manifesto, in fact, promised to bequeath people the ‘good life’ and ‘be there for you at every stage of your life.’ I cannot think of anything more socialist. £12 billion of welfare cuts were also promised but then George Osborne said he would eliminate the deficit in the last Parliament and he failed to do so.

I get that the Conservatives ‘want to win’ and ideological purity often gets in the way of victory. I get that you need voters to believe you are ‘on their side’ and not out to protect narrow interest groups, be they rich Tory donors or champagne socialists.  However, the truth is that most Conservative policies are progressive not conservative, so it is little wonder that while the political left is in trouble – much of their ideology is not.

The demise of the small c conservative movement is evidenced by the fact that the website Conservative Home ran a series on how to restore family policy to front and centre of Conservative policy. This is all very welcome but just demonstrates how hopeless the Conservative Party is at implementing anything that is remotely conservative. The Cameroons’ idea of a family policy is to have as many mothers as possible working and their young children doing ever longer hours in non-familial care. Increasing the derisory marriage tax allowance did not even feature in the manifesto so I will not hold my breath on that.

Socially liberal and economically progressive (if we can use that jargon) is a potent combination at the ballot box. So I expect many more Conservative victories to come – which is great – given the alternative. But one must temper this with the realisation that this blend does not reflect the small c conservatism values of  a large neglected swathe of the population, who will not be taken for this ride for ever.

Share
Facebook
Twitter
WhatsApp
Email
Previous articleReader’s Comment of the Day: We work to live – not the other way round
Next articleNick Booth: We wanted Europe a la carte but we got the rip-off tourist menu