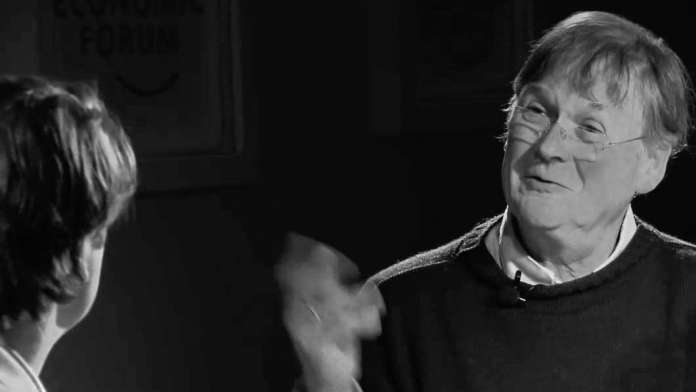 So, how are the politically correct thought police working out for you?

Not great if you are a scientist who has made immense contributions to humanity.

The feminists, so empowered by the simpering, sycophantic media enthralled to their every whimper have claimed another scalp in the form of Sir Tim Hunt who told a lame joke about female scientists to a bunch of female scientists.

Let’s refresh our memories about the other great scientist laid low by the nutters. Dr Matt Taylor led a team that landed the Philae space probe on a comet. He was wearing unsuitable attire in the form of a shirt with images of scantily clad women on it, while discussing this remarkable feat. The online feminists made mincemeat of him causing him to cry in public and issue a grovelling apology.

Sir Tim Hunt was next.

Sir Tim won the 2001 Nobel Prize in Physiology or Medicine for his part in discovering key regulators of the cell cycle. Do not pretend you understand what that means because most of us don’t, least of all the feminists who studied gender at university.

My understanding is that Sir Tim’s discovery helped in the battle against cancer. You know, cancer, the disease that kills us. Despite this Hunt was forced to resign from his position as Honorary Professor at University College London (UCL) because feminists can’t take a joke.

My co-editor has already dealt with this and how UCL is a disgrace for their actions in forcing Professor Hunt out.

But what is interesting is that Kathy Gyngell is not alone. None other than The Times, (twice in its leader) Professor Dawkins and many other Nobel Prize winning boffins are also outraged at the outrage. To which I say, what did you expect?

I say this to The Times really more than the boffins. Professor Dawkins hit the nail on the head that the reaction to this joke was disproportionate.

When determining the rationality of a reaction one must consider what was said and compare this to what was done.

In this case what was said was a lame joke and what was done was (loosely speaking as there was no employment contract) a summary dismissal for gross misconduct/a complete denial of due process/being hung out to dry/crucified etc.

There are statements we can imagine would justify such a reaction. We know it when we hear them. If Professor Hunt said “women make rubbish scientists because of their tiny brains and should not be within 10 miles of a Bunsen burner” we can safely say he would be fired and there would be no defence or indeed defenders. But that was not the case here.

The disproportionate reaction is due to political correctness implemented by feminist nutters with a computer.

The problem with the PC agenda championed by much of the media and academia is that it does not take account of nuance, lame jokes, or grey areas. Instead it takes a ‘category approach’.

If your statement trespasses onto a ‘protected group’ in any way, no matter how mild you will be thrown to the wolves.

Therefore I am surprised at the surprise. Much of media and academia are responsible for pushing the PC agenda.

They have created a monster that devours all before it, much like Frankenstein.