NewsPaperthe art of publishing
HomeLaura PerrinsLaura Perrins: Third wave feminists have a lot to answer for –...
2

Laura Perrins: Third wave feminists have a lot to answer for – like ruining the Terminator film series 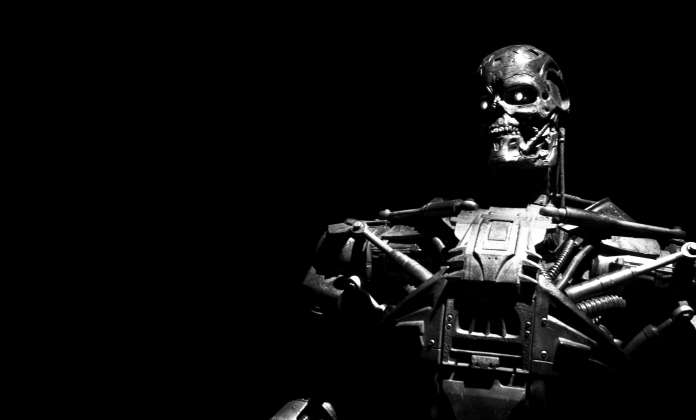 As our readers will know, we are not huge fans of third wave feminists and all their intersectional confusion. The final straw for me came last week watching the trailer for Terminator Genisys. My interpretation is that the feminists have killed Sarah Connor and indeed the entire Terminator time sequence and for this they shall never be forgiven.

Like all sane people I believe The Terminator and Terminator 2: Judgment Day are movie masterpieces of our time, (and it is best just to forget what came after, apart from perhaps Terminator Salvation). Terminator was pretty simple – a machine is sent through time to 1984 to exterminate the mother (Sarah Connor) of the leader of the resistance (John Connor) against the machines when nuclear war is unleashed some years later. Ordinary human man Kyle Reese is also sent back to save Sarah Connor.

Terminator Genisys essentially destroys this and the entire development of the character Sarah Connor. This is what I have deduced from the trailer. TG sees John Connor again, sends back Reese the soldier to save his mother and as it happens is also his father (keep up).

Reese is a great character in The Terminator. He, a mere mortal, saves Sarah, who in 1984 is just a regular American girl who happens to waitress and share a flat with her housemate (who gets killed by the terminator). The Terminator is famously played Arnold Schwarzenegger – a cyborg  (Series 800).

Understandably this regular American girl is quite frightened of the unstoppable machine sent through time whose only mission is to kill her. He can get up after being shot at, survive fires and has a helpful computer for a brain, so all in all it is right that she should be frightened of him.

Reese protects Sarah and is also in love with her. He admits some way into the film that “I came across for time for you Sarah.” Sarah – no slacker herself – is however given the honour of finally terminating the Terminator at the end of the film.

Terminator Genisys however thinks better. John Connor tells Reese to look after his mother as ‘she is scared and weak’ (understandable, being hunted by the machine). But now, thanks to the third wave feminists, this is no longer the case.

The next cut of the trailer has the new totally unsuitable Sarah Connor saving Reese, using the familiar line ‘come with me if you want to live,’ because future mothers who are being hunted down cannot be saved by men – they must do the saving now.

There is still the T-1000 Terminator to kill in the new 1984, which I assume new Sarah and new Reece eventually do, but who cares? New Sarah tells us the rules have changed and ‘we have taken care’ of old Terminator and that they can prevent Judgment Day. But we all know from Terminator 2 that ‘judgment day is inevitable’ so why do we persist in this nonsense?

What so irritates me about this destruction of the character of Sarah Connor is how unnecessary it is. Sarah is understandably weak and afraid in the first film but grows both physically and mentally in the second. Crucially she does this without surrendering her maternal instincts of primal protection of her son whom she is separated from.

In Terminator 2 she has been locked up in a mental asylum and on realising that another terminator has been sent back through time she says, you have to let me see my son – he is naked without me. Sarah has used her time wisely however, building herself physically while waiting patiently for an opportunity to escape.

On confronting the scientist responsible for designing the machines who ultimately wage war on mankind, she lambasts him for not knowing how to truly create something and feel something growing inside you – all he knows is war and destruction.

TG ruins all of this – Sarah it seems was a super duper machine-killing woman from the beginning. I understand that perhaps some Hollywood profiteer is really responsible for this character destruction, but I am blaming the feminists anyway.