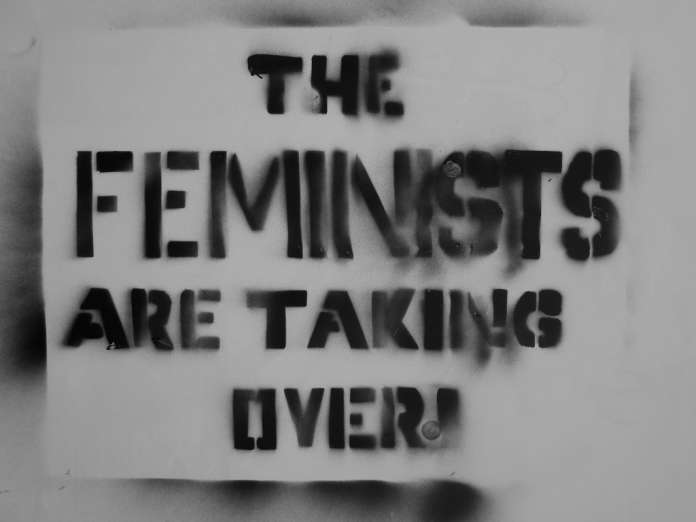 The gender pay gap was back in the news last week – an never ending loop of how terrible it is that woman over the age of about 40 earn less than men.

They do not earn less than men if they are performing the same job for the same amount of hours (that would be unlawful discrimination). In fact, “the reality is that for people aged under 40 and working full-time, the gender pay gap is around zero; since 2009 women aged 22 to 29 have actually earned more than men.”

The “gender pay gap” only kicks in later in that women over the age of 40 earn less than men. And for good reason too – it is because they work fewer hours.

In essence, when men and women settle down and have children in their thirties, married middle-class men (those not supplanted by the welfare state) out-earn women, because they are more likely to work full-time to support their families. “Of women aged 30 to 39, 38.4 per cent work part-time compared with 8.4 per cent of men.”

At the same time women, the married middle-class wives, start to have children and as their caring role in the private sphere increases, their earning power in the public sphere decreases.

However, as feminists judge people’s worth and dignity on how much money they earn, they believe that if women earn less than men, they are not ‘equal’. This is why they believe that only if women achieve pay packet parity with men for their entire lives are woman ‘equal’ to men. Sad, I know.

Again, categorising it in a different way, once men marry and have children their economic productivity increases greatly. For now, despite relentless shaming by the feminists of the role of provider and protector, married men still want to earn good money to support their wives and children.

In particular, I sense these husbands want to give their wives at least the option of staying at home to care for pre-school children despite the crushing cost of housing and taxation. The men are more economically productive and therefore earning more of the money, it is true, but the money is being spent on their families.

Now, what kind of society thinks this a bad thing?

And what kind of society seeks to destroy this interdependence between men and women, husbands and wives, that has taken years to cultivate?

What kind of nutty Prime Minister wants to see this male desire and motivation to provide for his family materially, crushed and ‘ended within in decade’? A deluded and dangerous one in the form of Call me Dave, that is who.

Feminists also like to propagate the myth that just because married men out-earn women in later years then they are not involved in family life. This is utter tosh. The married man can be an exceptional hands-on father and is an important role model as the main breadwinner.

Society, and western civilisation in particular, has devoted decades to civilising young men so they will cleave to one wife, and support their children. Despite this many men still cut and run – those who don’t should be saluted not shamed.

But the deranged Conservative Party has declared war on such men, by totally abolishing any tax allowance that recognises his economic support for his family and their dependence on him. Sick, I know.

The feminists have many grand plans to achieve gender pay packet parity. They want the work place to change to accommodate any desire to, in essence, work fewer hours but get paid the same as those who work more. They want men to change and take up more of the hands on caring while the mother can become the main breadwinner (not just bringing in a second income) through a ludicrously contradictory campaign of Mothers Caring at Home (bad and sad) but Fathers Caring at Home (all hail the new man) Most men, even the new man, reject full-time caring of pre-schoolers so the infants end up in nursery instead.

Perhaps the feminists will win on this, perhaps not, but it can only be enforced through tremendous governmental inference in businesses and family life. This is what is necessary to transform powerful but natural gender differences towards caring and providing. This government meddling will be crushing for personal liberty and damning for women and children. Depressing, I know.