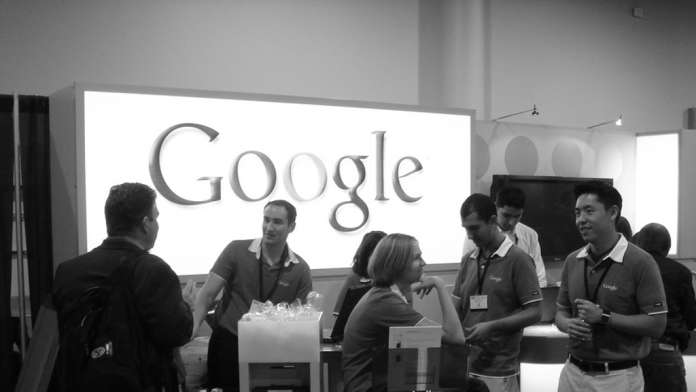 The Nerds are angry. Some indeed are ‘furious’. I reckon still more have been triggered, when a fellow Nerd at Google (a software engineer) wrote a anti-diversity memo, laying out some stark truths about the sexes.

We are told: the document, entitled “Google’s Ideological Echo Chamber,” details his opinion that the firm should focus more on ideological diversity and less on initiatives to hire more women and people of colour. It takes Google to task for its “left bias” and argues the disparity between men and women in tech is not a result of sexism but of biological differences.”

It also explains: Men are more likely to value “things” whereas women value “people” and have more openness to “feelings and aesthetics rather than ideas,” according to the memo. Men, by contrast, have a “higher drive for status” and the male gender role is called “inflexible.”

This is all true – in general- and because it is true it has the social justice warriors up in arms. It also comes at a very difficult time at Silicon Valley because women and minority groups (but not Asians) are under-represented in SV companies. We are never told why these women and minority groups cannot set up their own companies, but we will just let that one slide for now.

Ah, so much comedy to be had here. The idea that the Nerds of Silicon Valley™ are so outraged they will grab their laptops and flip-flops and take to the streets to declare: female softwear engineers of the world – UNITE!

What I also love is how the ultra-progressives of Silicon Valley, like the BBC, cannot even live up to their own progressive/left principles to have a 50:50 workforce. These companies are often even more male dominated than traditional conservative trades.

In truth, the lack of an exact parity workforce is either because of sex discrimination (Google is battling a wage discrimination investigation by the US Department of Labor) or because in general men gravitate towards systems and high-status, highly-paid jobs and women to people, just like the memo says. Either way, this is not a good look for Google.

Whatever the outcome I have no sympathy for Google, obviously. But also I have little sympathy for the conservative software engineer either. First, does he really think that the he can change the folks at Google to become more ideologically open to conservatives, especially in the current climate? How realistic do we think this is?

He also says that diversity programmes can hurt profits, “Discrimination to reach equal representation is unfair, divisive, and bad for business.” This might be true – but why does he care about Google’s bottom line? If Google want to hire more women and pay them more than they are worth in order to improve diversity numbers, but hit profits, then that is their choice.

Nerd also states: “Only facts and reason can shed light on these biases, but when it comes to diversity and inclusion, Google’s left bias has created a politically correct monoculture that maintains its hold by shaming dissenters into silence. This silence removes any checks against encroaching extremist and authoritarian policies.”

I find it difficult to believe that he could have written this without knowing what could happen – namely that this leftist authoritarian company would indeed attempt to shame his dissent into silence.

Ultimately this guy needs a new job with a different company. I understand this engineer was probably making very good money, and perhaps was not in a position to switch companies, but honestly if he was a true conservative why is he working for this company in the first place? Surely, there is some other cause he could be putting is talents to, or building a company that is not institutionally leftist and authoritarian?

Anyway, we all know how this one ends – namely with a goldfish and a hot secretary. If the great Jerry Maguire could not survive his mission statement, I doubt this Nerd will survive his.

Perhaps he will be sent to the re-education camp where they will make him recant in humiliation. God, perhaps they will make him sign something declaring never again will he say or believe, “we need to stop assuming that gender gaps imply sexism.”

Stop press: He has been fired for “perpetuating gender stereotypes”.