NewsPaperthe art of publishing
HomeLaura PerrinsLaura Perrins: We poor plebs must bow down. The Leaders’ Wives are...
3

Laura Perrins: We poor plebs must bow down. The Leaders’ Wives are in town 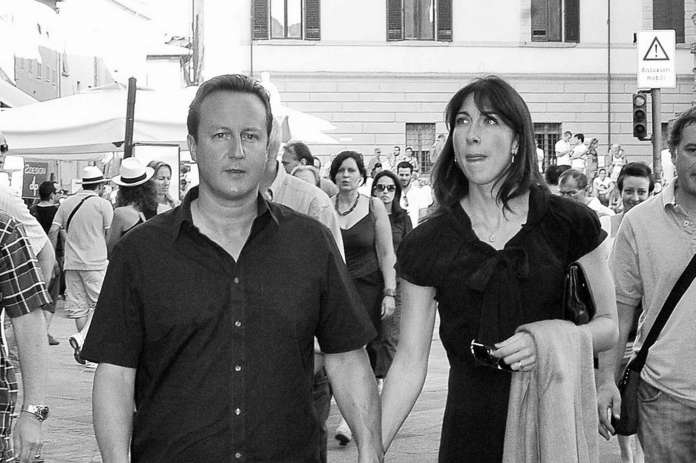 The Wives, oh the wives, where would be without the wives? The Leaders’ Wives, have managed, just about managed, to find some space in their ever so full diaries to get out there and shake some hands and kiss some babies. And we are the ones who are supposed to be grateful for it.

We are forever being told how busy Samantha Cameron, Miriam González Durántez and Justine Thornton are with their own lives and careers that it must have had the spin-doctors in a spin as to how to plug this great change.

One of reasons The Wives are so popular is their fabulousness in their own right. So how, how can we mesh this with their newfound hobby of electioneering? I can see the debate now – let’s just say it is only a short moment for them, this push to get their husbands elected.

So now we have been subject to the unedifying spectacle of Justine Thornton sipping tea with husband in the infamous kitchen. Note, if you will, how I refer to her by her actual name Justine Thornton and not Justine Miliband, as the spin-doctors would have us say.

Justine must hate it, loathe it, it is so beneath her – this cosy hubby and wife routine. She did not choose to take her husband’s name, she kept her own name, but now the election is on we are all calling her Justine Miliband to make Red Ed look a little less of an oddball.

Heck, Justine did not even want to marry Ed (marriage is beneath her) until he was elected leader and again the spin doctors must have had to march her down the aisle (I doubt there was an aisle but you get the picture). Please dear Lord above, make the mendacity stop.

Then we have Miriam González Durántez  – again I will not be referring to her by her imaginary name of Miriam Clegg. We know that Miriam González Durántez is busy, super, super busy being supermum and super lawyer, say the aides, but somehow (probably due to her superness) she has managed to find time to get out there and shake our hands. Us – the hoi-polloi, the riff raff, the serfs, the lowly. How grateful we all should be, how humbled I am in the face of such awesomeness.

So we are left with this – photo op of the campaign if you ask me – of Miriam González Durántez doing her bit for Home Office minister Lynne Featherstone.

Clever eh? See what they have done there? We will not have her beside her hubby, no that is too wifey for the great Miriam. Let’s put her with the female candidate Lynne Featherstone launching some kind of anti-gang campaign in North London.

Do dear reader, do take the time to click on this link and take a look at the young men in the background.

They look humbled, do they not? Delighted to be in the presence of Lynne and Miriam? Having shaken their hands,  will they ever wash them again?

These young men must have so much in common with the fantastic feminists, Lynne and Miriam. So very much in common, these ladies can get down in the hood with the best of them. I do think it would be better if the Lib Dems could have offered a BME (that is black and minority ethnic to you) candidate to these chaps. Only they cannot do this, as they do not have any.

Or even a man. A man would be good as we know that one of the reasons for gang culture is the absence of a father (a proper, responsible father) in the home. But then the Lib Dems believe fathers are surplus to requirements in many homes so that would not work either.

So there we have it. I am waiting by the door to be canvassed by one of the wives. The cake is in oven, the coffee on the hob and even a baby for them to kiss. I am waiting with bated breath.