NewsPaperthe art of publishing
HomeLaura PerrinsLaura Perrins: Women are not much cop at emotion-free sex
54

Laura Perrins: Women are not much cop at emotion-free sex 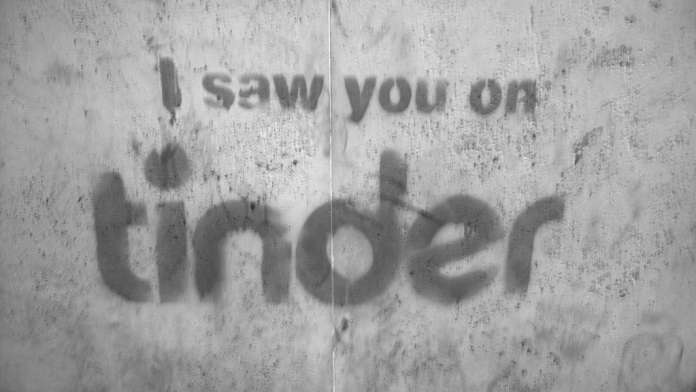 Now, where was I, said Bill Clinton to a room full of interns? Ah yes, the feminists, the lovely feminists, slayers of the patriarchy, warriors against Cologne gropers, saviours of millennial wimmin everywhere.

It has dawned upon many feminists that it is not a bed of roses out there in the battleground that is the modern mating/marriage market.

I find myself agreeing with some feminists who identify a modern malaise. What caused it and what we do about it is the fault line.

One such malaise is the courtship behaviour of the Modern Millennial Man (MMM). He is, it seems, not up to much. What with his addiction to Tinder, and love of the video game, he likes to keep the ladies on some sort of rotation system – shipping one in as soon as he has shipped one out.

So it comes as no surprise that instead of the Rom Com, we now have the Single Girl Com. There is a movie just released called, How to be Single because, as the millennial lady is going to be single for some time to come, she had better get used to it.

This young woman explains in The Times, the hell that is Tinder. “The way we’re doing things is broken. It’s sterile and it has no heart, and I really don’t think I’m the only person my age to hope we’re on the brink of a backlash.” But this is what the feminists fought for sister, your liberation! Liberation from all those boring rules of courtship, the oppression your mothers had to endure. What do you mean you don’t like it?

Millennial Feminist Supreme Leader Laurie Penny has also experienced and seen many of her friends being, as my mother would say, strung along by a good for nothing. As such she tells her generation just to learn to live with their single status, perhaps even forever. “Maybe you should just be single” is the title. Sure, makes sense, as there is little else on offer.

Laurie tells, us “Plenty of them (boys – her description) were perfectly happy to sleep with me, but after a little while, when I became a real person to them, when it became more than just sex, they turned mean or walked away.” Yup, men can be real jerks sometimes.

Laurie acknowledges relationships can be hard work but “it’s work I’d advise most young women not to be bothered with, in the knowledge that their human value is not and never will be contingent on being someone’s girlfriend.”  Okey-dokey. That is it ladies – if you are single just get over it because “It’s just not worth it.” What a sustainable model for the future!

Bear in mind, that it was not that long ago since that great philosopher of our time Beyonce was singing to ‘all the single ladies’, to tell their boyfriends, “Cause if you liked it then you should have put a ring on it.” That is proper conservative woman advice for you right there!

But not much use if MMM can’t be bothered to meet you in Starbucks for a coffee, let alone a date with the jewellers.

So time for a reality check. The feminists have identified the symptom of a serious illness, little realising that they are the wretched disease that has caused it in the first place. They, with their highfaluting gender studies theories, are the bacteria ripping through society, pitting man against woman, where once there was romance, marriage and interdependence.

Normally, the feminists prescribe more of the same bad medicine – namely more feminism – but in this case they are throwing their hands in the air and saying, just like Hillary Clinton, I give up.

In fact, the only reason MMM are useless is that men as a whole have been so thoroughly trashed by the feminists for the last two decades.

It is an up at dawn siege for these guys, perhaps drugged for being too boisterous as little boys, and then harassed when teenagers for not being as compliant as the girls. Mocked for being masculine, positively besieged for even holding a door open for a woman, truly why should any of them bother?

In addition to the assault on men, the feminists’ relentless campaign against monogamy and instead promoting promiscuity (reaching its zenith with Tinder) has been fatal. Now we really do have a battle of the sexes. There might be a lot more sex going on, but the genders don’t seem to actually like each other. Odd.

These pieces are everywhere but to take just one, “Actress Amy Main met a man on an online dating site and had sex with him on the second date. On their third date, they slept together again. He then stopped texting her.” She had been iced, in the parlance of our time. She ponders, “I thought I’d ruined it by sleeping with him so soon.”

Yes, you did. He has probably gone on to one of the other 500 girls out there willing to sleep with him on the second date. Of course this behaviour is dismal and cruel, but it is reality.

I don’t blame the girls, but I do blame the feminists for feeding them the line that women can have as much emotion-free sex as men. But it is not fair – they whine! Maybe not, but it is biology.

We do need a backlash against feminism and it starts here.