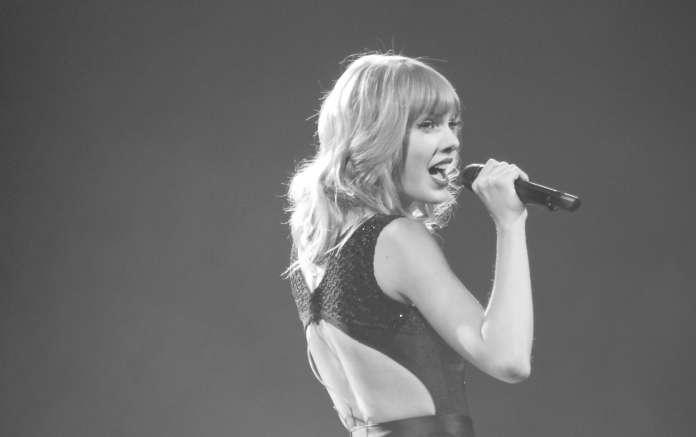 Not for the first time Alice Thomson of The Times takes time out of her busy schedule to shame those mothers who want to do some mothering. On Wednesday, she told us that “Taylor Swift can teach British women a lesson.” I’d like to teach Ms Thomson a lesson.

In the piece, Thomson bemoans the fact that many British women view themselves as victims. They sure do – and that small but very vocal minority of women call themselves feminists.

Sadly the British establishment actually rewards these women for wallowing in their imaginary victimhood. Thomson dodges the fact that it is the feminists who are propagating this victimhood myth. However, at least we are agreed – women are not victims and should stop pretending that they are.

Towards the end, however, Thomson reveals once again her motherist credentials. She is upset that “British women are now twice as likely as those in the rest of Europe and America to choose not to work in order to care for their children.” As my co-editor Kathy Gyngell has pointed out women who choose to care for their families rather than climbing the greasy career poll should be celebrated and not shamed either by our European masters or female journalists.

Thomson also says: “It’s the most highly qualified women who are opting out rather than those in low-paid jobs struggling to keep the family finances going.”

As one chief executive who broke through the glass ceiling in the 1980s explained to me: “My generation fought their way up to give your generation the choice. But we never thought so many of you would turn your backs on having a great career and choose motherhood instead. Women now seem embarrassed by the idea of leadership, ambition, competition and power.”

You see how having a ‘great career’ is lauded over pathetic motherhood? Sad, dreary, motherhood.

In fact, there is no evidence that highly qualified women are opting out in their droves. It would not bother me one bit if they were, but I have not seen any statistics to back this up. But, as one of those minority women who have ‘opted out’ for now to look after my three children, I say to you Alice Thomson: back off.

I am neither embarrassed by the idea of leadership, ambition, competition or power, I just want to look after my kids myself. Why do you have such a problem with this? I am not fodder for your equality spreadsheet. I am a mother and I don’t want my three-year-old son or four-month-old daughter clocking up 10 hours a day in a nursery to keep the likes of you happy.

There is a bigger issue, however, and it is the repeated and sustained attack by female journalists on full-time mothers. They are all at it – Eleanor Mills of The Sunday Times and Alice Thomson in particular. You lot are in positions of power and should not be using it to shame other mothers who do not want what you want. You should be at our backs not be on our backs.

In the 1960s, the few working female journalists around used to propagate the image of the perfect 1950s housewife while enjoying a career themselves. The then slightly saner feminists rightfully called them out on this hypocrisy. Now we have the opposite.

Female journalists spilling ink over the now small minority of mothers (10 per cent) who stay at home to care for their children is pathetic. They should be ashamed of themselves for using their positions in the public square in this way. Any more and you will be on the naughty step.