NewsPaperthe art of publishing
HomeLaura PerrinsLaura Perrins: Young girls are being sacrificed on the altar of political...
53

Laura Perrins: Young girls are being sacrificed on the altar of political correctness 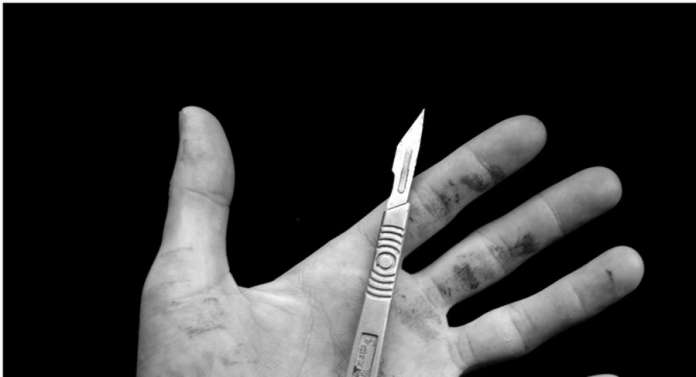 Comfy? Let’s begin. Who said this: “Nevertheless, we believe medical examinations can have a role as a last resort in particularly high-risk cases (of FGM). That was said by the House of Commons Home Affairs Select Committee in Female genital mutilation: abuse unchecked – its ninth report of 2016-17.

It is absolutely true that this is a far, far cry from the Ukip proposal for mandatory intimate medical checks for girls at risk of FGM. It is stated that such examinations should only be used ‘as a last resort.’

The crucial question on this issue is what is more important, looking nice or preventing FGM? It is always difficult to determine another’s true motive but to me far, far too many people are interested in making cheap political points on this issue than searching for a policy that actually works.

Because what we do know for sure is the current policy of criminalisation, mandatory reporting by doctors and teachers of suspected cases of FGM and ‘education’ is not working.

Even though the offence of FGM has been explicitly criminalised since 1985 (although if you ask me, it was an offence under the Offences Against the Person Act 1861) and there are a number of connected offences, there have been zero, that is number 0, successful prosecutions for this crime. There has been one disastrous prosecution against a doctor, which ended in his acquittal.

The BBC reported only on 22 April 2017, that “a case of female genital mutilation was discovered every three days, on average, by maternity staff in Wales last year. New figures obtained by BBC Wales show 123 victims of FGM were found by midwives or maternity doctors in 2016. A further 44 children under the age of 18 were highlighted as vulnerable to the practice.”

And we know this is only the ‘tip of the iceberg’ and that numbers are very difficult to determine, as discussed in the Select Committee report.

So what to do? Many point to France, saying the mandatory medical examination of girls has resulted in about 40 trials, which have led to approximately 100 convictions. But in reality the examinations are more custom than mandatory and are carried out within a health system where such examinations are ‘routine’ on all children from 0-5.

This has led to speculation that parents are waiting until later to mutilate their daughters, but campaigners seem convinced that overall there has been a significant reduction in cases.

So the question is not is this Ukip policy crazy (or ‘fascist’ as some have suggested)? It might be pretty useless in its current form if the checks are made too late and it may have been thought up on the back of fag packet. No, the question is, what are the other party policies out there and what do they intend on doing to protect young ethnic minority girls from this practice. Because those girls still count, right?

I mean, we sacrificed about 1,400 children in Rotherham over a 16-year period to rape and sexual abuse on the altar of political correctness, which was bad enough. Do we have to continue this madness?

In fact the UK government is under a legal duty – I do believe – under the European Convention of Human Rights to protect the bodily integrity of minor girls. There is a positive duty to protect and prevent such crimes – not merely to prosecute them after the fact. It would not surprise me, indeed, if in ten years’ time the UK were landed with a whacking great lawsuit from girls who have been mutilated in this way.

But not only is there a legal duty to protect these girls, there is moral duty also. Sneering and mockery might look good politically, but it will make no difference to these girls whatsoever. Remember that, when you read about the lawsuit.