NewsPaperthe art of publishing
HomeNewsLaurence Hodge: Quite right dear. We need an eco-feminist version of Top...
14

Laurence Hodge: Quite right dear. We need an eco-feminist version of Top Gear 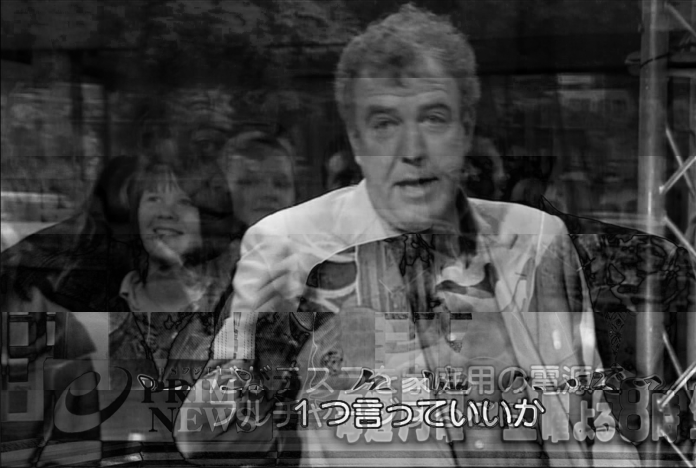 What is the point of Jeremy Clarkson?

Someone called Zoe Williams has a piece in The Guardian and also on its website entitled “With Jeremy Clarkson suspended, here’s my vision for an eco-feminist Top Gear”.  The piece begins: “The problem with Jeremy Clarkson, apart from being a dick, is that he’s on the wrong side of history”.

There, in a nutshell, you have the point of Jeremy Clarkson.

By the expedient of effortlessly being himself, he manages to get a doubtless otherwise charming, witty, intelligent, inoffensive woman to disport herself in print as a potty-mouthed termagant, determined to show the world – or that part of it that reads The Guardian – that she is more than a little ‘touched’.

It’s reasonable to note in passing that what allows members of the liberal left to call themselves ‘liberal’ is the ability to slip into the relaxed jargon of calling someone a ‘dick’, whereas a male writer, as it might be on this blog, were he to describe Ms Williams as a batshit crazy old trout, avoiding all references to intimate body-parts, would be guilty of 50 shades of misogyny and hate crime.

The Clarkson tensions experienced by the top BBC people have been steadily growing for a while, which may have been awful for them but quite fun for the rest of us.  What it boils down to is that a for-profit broadcaster would cherish its big earners like Clarkson, be they ever so demanding and prone to tantrums which he probably isn’t.  For BBC management, however, the priority is never popularity, far less the revenue stream from a show: the paramount issue is that the presenter should behave and think appropriately instead of which this one goes about carelessly saying what he thinks and what he thinks is often something at variance with the rigorous grain of established BBC thought.  Oh dear.

And it’s this that made Jeremy Clarkson’s inadvertent mumbling of the naughty word in “Eeny, Meeny, Miney, Mo” last year so much more unacceptable than the memorable c-word lapsus of James Naughtie (what was he thinking?) when referring to the Health Secretary, Jeremy Hunt, or a recent bizarre one from John Inverdale, who managed to get the same bad word into the middle of what should have come out as “rose-tinted spectacles”.  History does not relate which BBC ‘suit’ had come into his field of vision when this fell unhappily from his lips.

In anyone’s money, that’s the equivalent of 700,000 loud raspberries and if each signatory is a licence fee payer, that represents 100 million dissatisfied pounds of revenue ,which should give the BBC and the politicians who will determine its future funding something to think about, shouldn’t it?

Perhaps because our world has become so dreary with people like Zoe Williams and the BBC foisting uncritical conformity on all of us, that it’s important to have a few bellwethers like Clarkson gambolling on the minefields of political correctness and saying whatever they feel like.  It’s a valuable public service to have the line of the acceptable and appropriate defined by dint of its being crossed, and it’s even more of a public service to identify that when offence and umbrage is taken by the baying throng, there are no fatalities, the world carries on and that the giver of offence may occasionally, just occasionally, have it right.

For those that don’t follow him on TV or read him in The Sun or The Sunday Times, that is the point of Jeremy Clarkson.  Those who would prefer an eco-feminist Top Gear from the right side of history – wherever that is – should gee up 700,000 of their closest friends to get in touch with Lord Hall and his chums without delay.