NewsPaperthe art of publishing
HomeKathy GyngellLeadsom and Rudd – the best possible argument against more women in...
1 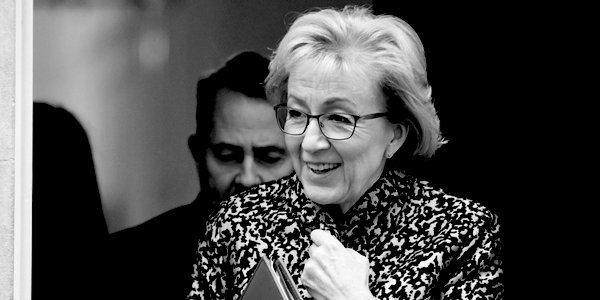 HERE we go again – there’s insufficient female representation in the Cabinet. As though that was the country’s most pressing concern. Andrea Leadsom and Amber Rudd are up in arms at the very thought that Boris Johnson might cull some of the female side of his Cabinet – or (though I am not holding my breath) at the thought post Brexit, he might decide merit trumps equality when it comes to ministerial appointments.

The pair will no doubt be pleased by the coverage given to their cause and their castigation of the reprobate Boris so far. Andrea Leadsom had her photo – looking suitably severe – splashed over the Telegraph accompanying her ‘warning’ to Boris about ‘male-dominated workplaces’ along with an ominous demand for gender equality to be ‘the absolute norm’. Now, when her demotion comes, it will be down to discrimination, of course.

Yesterday’s Sunday Times gave Amber Rudd similarly friendly treatment: prime comment space to push the same old theme that the only way women can be represented is by giving them equal numbers. Boris Johnson, Ms Rudd said, will need more women in the Cabinet. Regardless. Ours is not to reason why, ours is but to accept her mantra.

Amber Rudd is not the best woman to make the case for women Paul Goodman observed in Conservative Home. But her disloyalty is tangential to the real question: Why does anyone have to make a case for women in politics if they are any good?

Why these one trick ponies, these out-of-touch and over entitled Westminster wimmin – who still believe they are discriminated against, who think that more women like them representing the rest of us is for the higher good – continue to be lapped up by the MSM is the mystery. But until they achieve a Labour-like parity – the majority of the Party’s MPs voted in at the last election are now women (a scary thought), repeated by those ‘reactionary’ old Tories, I fear it will not let up.

Nor do I expect much examination of what their ‘equality’ orthodoxy means. Forced conformity to their ‘a one size fits all’ for the women they purport to represent doesn’t seem to occur to them. Nor does it matter that they are making it ever more difficult for women who choose to think differently, who want to put their families first, to do so; and less likely such views or such women, crowded out by work prioritising feminists, will ever be represented.

Do they not see the single interest feminist closed shop they’ve created? And how wide the gap from ordinary women’s values and preoccupations? That not all women want to join battle for this so-called work place equality; that those who want to be mothers, who see work as secondary to family while their children grow up, are being drummed out of existence.

A friend’s daughter-in-law dropping by yesterday to tell me the exciting news that she was pregnant exemplified the gap. She told me how her dream of starting a family was finally coming true, and how lucky she was they had had a home that allowed it. Would she be planning to go back to the creche-cum-daycare centre where she worked as a nursery nurse I asked her tentatively. No! she replied emphatically. ‘I know I wouldn’t have my job but for mums having to work but that doesn’t make it right or stop it being awful.’ Not awful because she dislikes children. Awful because she loves them and hates it that babies – some as young as four months – are dropped off everyday. It’s something she herself has no intention of doing if she can help it. Yet this is what women in government keep pushing – subsidise ever longer and ever earlier daycare hours in the name of choice. ‘Why have a baby if you are not going to look after it?’ she asked, ‘I know some mums don’t have much choice, but that doesn’t mean their babies don’t still need them and to be close to their mother’s boob.’

Which of our women MPs, I wonder, would be prepared to advance this young woman’s point of view? Which would admit that such wishes existed or would go into bat for the stay at home mother? Not La Rudd or even the once social conservative now turned feminist Leadsom, for all her past concerns about attachment and early child nurture. Nor, so far, the new Conservative MP Siobhan Baillie, who’d no sooner sat down on the Commons green benches than announced that she is expecting her first child.  It won’t make any difference to her ability to do her job, she insisted blithely on BBC’s Look South West. The House of Commons is very accommodating, she’s been reassured, so that’s all right.

The case for gender and pay equality, whether in the boardroom or elsewhere, has been comprehensively debunked. Differences reflect the different choices women and men make. So should Boris need some ammunition to aid him in discussion with Carrie Symonds or female colleagues like Liz Truss, who also trips up when it comes to wimmin’s issues, he can find it here and here, on TCW and also from Kate Andrews at the Institute of Economic Affairs. Able women should know too that the free market is their friend he might point out.

And the sooner he ditches Leftie feminists like Leadsom the better. They are no supporters of genuine female choice, only of spurious gender inequality theory.