Leaked – the BBC guide to water 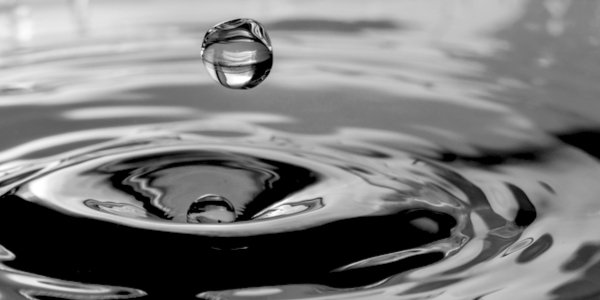 AS PART of its Wellness Initiative for dedicated but unfortunate staff who have been forced to shield in their homes for the past year, the BBC has devised a webinar on Hydration to help them to drink water in a safe and ethical manner. The Conservative Woman has gained exclusive access to the course outline . . .

The course will help you to identify the health benefits of drinking water and give reassurance about associated potentially contentious issues.

Where does water come from?

The history of water

As some of you may know, water is an inorganic, transparent substance that consists of molecules containing two atoms of hydrogen and one of oxygen. You should not be alarmed by the profusion of hydrogen as water is not flammable and may be used to extinguish certain types of fire. The tutor will demonstrate the flame suppression qualities of water.

You will also be reassured that, being inorganic, it is perfectly safe for vegetarians and vegans.

Where does water come from?

Those of you who live in Islington and occasionally reluctantly commute to Salford may be surprised to learn that water occupies over 70 per cent of the world’s surface. Sea water should never be drunk. BBC staff are advised to drink climate-friendly water that is transported here from distant parts of Europe, but poor people normally drink water that is collected in reservoirs and treated with chlorine to make it safe. Of course this is not the same chlorine as that which was used by the Trump administration when he tried to sell us their poisonous chickens. We will discuss places where we have seen water.

The history of water

It is true to say that water has had a chequered history. Rainfall was particularly troublesome in Africa and Asia during the period of European colonisation (before that their climates were perfect). The drought in China from 1876 to 1879 corresponds with the period when British and French merchants were active in exploiting that region. Similarly, the severe 1974 floods in Bangladesh were believed by many to be a legacy of British imperialism. Whilst there is no conclusive proof that the water-related events are linked, the course will investigate the lingering suspicions in the minds of many in British academia. Since the colonial powers left these places there have been almost no instances of drought, famine or floods.

This segment will begin with a video of a discussion between our fantastic Climate gurus Roger Harrabin and Matt McGrath who will highlight the evil that is fossil fuel, and emphasise once again the Corporation’s commitment to saving the planet. There will then be an open discussion about the best ways non-violently to eliminate climate deniers who believe that water vapour is a key determinant of global temperature.

During a modest expenses lunch of burnt aubergine chilli with charred spring onions and teriyaki tofu accompanied by Chateau Haut-Brion Blanc Pessac, followed by a raspberry roulade, nothing signals your progressive Euro credentials better than a couple of bottles of Evian or Volvic prominently displayed on your table. Now of course, thanks to a bunch of xenophobic ingrates, supplies of your recommended water will be in jeopardy and potentially stuck at a Channel port whilst complicated forms are processed by baffled border officials. We will discuss new ways in which we can show our allegiance to the EU if our preferred water is unavailable.

We are still awaiting guidance from BLM on this module, but what we do know is that the CIA used a water-based torture known as ‘waterboarding’ on illegally detained murderers and terrorists at Guantanamo Bay. These men were almost exclusively non-white. In the interests of balance and diversity the group will discuss whether this treatment should be inflicted upon an equal number of white Trump supporters, and if so whom.

Water has been around for a very long time. The Greek philosopher Thales of Miletus was the first to identify its essential role in shaping the earth. Unfortunately, he did not speculate on the gender of water, perhaps thinking that it might be fluid (my little joke). In this interactive session, course participants will be asked to contemplate the appropriate non binary identity/identities for water and how this might be incorporated into the Corporation’s output.

It is possible to drink water from any receptacle but we would not advise the use of oily cans, potties or dog bowls.

This module begins with two videos demonstrating water drinking by our star presenter Emily Maitlis. In the first you will note that after picking up her glass she moves it quickly towards her face but tips the vessel at the required angle before it reaches her lips (the intended destination). This inevitably causes what we term ‘the dribble effect’, when the water cascades down her exquisitely cut suit much to her annoyance. In the second video she slowly raises the glass and when, and only when, it reaches her lips does she tip the glass. You will note the smile of satisfaction and accomplishment on her face when this occurs.

In this module you will also see videos of well-known BBC personalities drinking water in their own inimitable ways. Note how Joanna Lumley delicately brings her glass to the front of her face before locating it on her lips and then, and only then, tipping the glass; and how Chris Packham takes a sip from his cup made from a hollowed-out piece of driftwood as if he’d been drinking like that all his life.

The tutor will explain at what intervals water drinking is recommended, as it is possible to drown if you exceed the suggested volume.

By practising for a few minutes each day and following the guidelines outlined in the course you will become proficient in drinking water safely and in a way that underpins the Corporation’s values.

The BBC recognises that the subject of water can be very contentious and that some parts of the course may cause distress to participants. Should you be in any way traumatised by the webinar, be reassured that there are several teams of health experts on standby to ameliorate your condition.

Please do not distribute this course description outside the BBC ‘family’, as misinterpretation of the content may cause malicious journalists to describe the Wellness Initiative as a frivolous waste of our ever-diminishing licence fee income.

The Magic School Bus at the Waterworks by Joanna Cole

The Goebbels Diaries 1939-45 by Joseph Goebbels