Leave CO2 control to the oceans and plants 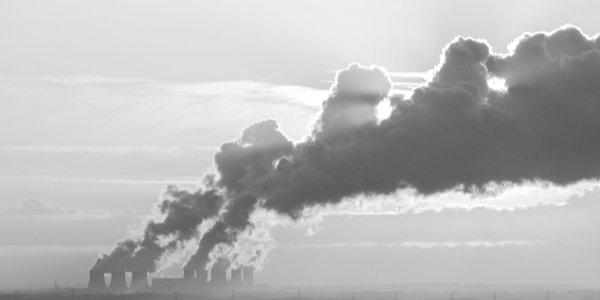 CARBON-capture-and-storage (CCS) tops the list of silly schemes ‘to reduce man-made global warming’. The idea is to capture carbon dioxide from power stations and cement works, separate it, compress it, pump it long distances and force it underground, hoping it will never escape.

Smart engineers with unlimited money could do all this. But only green zealots would support the sacrifice of billions of dollars and scads of energy to bury this harmless, invisible, life-supporting gas in the hope of appeasing the global warming gods.

The quantities of gases that CCS would need to handle are enormous and capital and operating costs would be horrendous. For every tonne of coal burnt in a power station, about 11 tonnes of gases are exhausted – 7.5 tonnes of nitrogen from the air used to burn the coal, plus 2.5 tonnes of CO2 and one tonne of water vapour from the coal combustion process.

Normally these beneficial atmospheric gases are released to the atmosphere after filters take out any nasties such as soot and noxious fumes.

However, CCS also requires energy to produce steel, fabricate gas storages, pumps and pipelines, and to drill disposal wells. This will chew up more coal resources and produce yet more carbon dioxide, for zero benefit.

But the real problems are at the burial site – how to create secure space for the CO2 gas.

There is no vacuum occurring naturally anywhere on earth – every bit of space is occupied by solids, liquids or gases. Underground disposal of CO2 requires it to be pumped AGAINST the pressure of whatever fills the pore space of the rock formation now, either natural gases or liquids. These pressures can be substantial, especially after more gas is pumped in.

Pumping out air is costly; pumping natural CO2 out to make room for man-made CO2 is pointless; and releasing rotten egg gas or salty water on the surface would create a real problem, unlike the imaginary threat from CO2.

In some cases CCS may require the removal of fresh water to make space for CO2. Producing fresh water on the surface would be seen as a boon by most locals. Naturally, some carbon dioxide buried under pressure will dissolve in groundwater and aerate it, so that the next water driller in the area could get a real bonus – bubbling Perrier water on tap, worth more than oil.

Then there is the dangerous risk of a surface outburst or leakage from a pressurised reservoir of CO2. The atmosphere contains 0.04 per cent CO2 which is beneficial for all life. But a CCS reservoir would contain +90 per cent of this heavier-than-air gas – a lethal, suffocating concentration for nearby animal life if it escaped.

Pumping gases underground is sensible only if it brings real benefits such as using waste gases to increase oil recovery from declining oil fields – frack the strata, pump in CO2 and force out oil/gas. To find a place where you could drive out natural hydro-carbons to make space to bury CO2 would be like winning the Lottery – a profitable but unlikely event.

The impact of CCS would be marginal compared with the vast fluxes of CO2 between the ocean and the air. Oceans contain vastly more CO2 than the thin, puny atmosphere, and oceans maintain equilibrium between CO2 in the atmosphere and CO2 dissolved in the water. If man releases CO2 into the atmosphere, the oceans will quickly absorb much of it.

Increased CO2 in the atmosphere encourages all plants to grow better and use more CO2. Natural processes are continuously sequestering huge tonnages of CO2 into extensive deposits of shale, coal, limestone, dolomite and magnesite – this process lowered CO2 concentrations in the atmosphere over millions of years. Burning hydrocarbons and making cement returns a tiny bit of this plant food from the lithosphere to the biosphere.

Regulating atmospheric carbon dioxide is best left to the oceans and plants – they have been doing it successfully for millennia.

The only certain outcome from CCS is more expensive electricity and a waste of energy resources to do all the separation, compressing and pumping. Coal industry leaders love the idea of selling more coal to produce the same amount of electricity and electricity generators welcome an increased demand for power. Consumers and taxpayers are the suckers.

Naturally the Greens love the idea of making coal-fired electricity less competitive. They conveniently ignore the fact that CCS is anti-life – it steals plant food from the biosphere.

Global warming has never been a threat to life on Earth – ice is the killer.

Politicians supporting CCS stupidity should be condemned for destructive ignorance.

Nature controls the level of CO2 in the atmosphere:

The Insane Plan of the UK Government to Decarbonise the Economy

This article first appeared on The Saltbush Club on March 7, 2020, and is republished by kind permission.