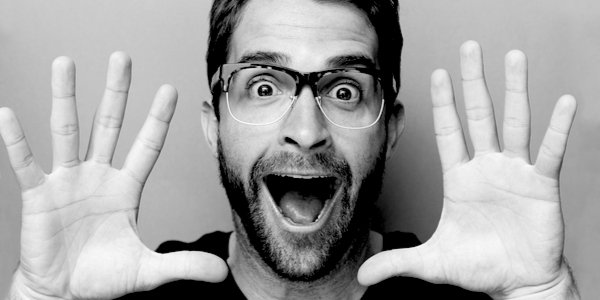 When Karl Marx’s representative on Earth, St Jeremy of Corbyn (please remember to make the sign of the Hammer and Sickle whenever you read the name of the exalted one), gave his speech to the mass of his disciples he was met with numerous rounds of applause. This might have caused a problem for some of the followers of Prophet of Islington (make the sign again). At a recent meeting of the Manchester University students’ union, it was argued that the loud noise of traditional clapping and whooping pose an issue to students with anxiety or sensory issues. British Sign Language clapping, or ‘jazz hands’, would be a more inclusive form of expression, said some.

Anyone experiencing anxiety or sensory issues at the sound of applause during the speech of The One True Corbyn (sign) could always retreat to the designated safe space. Unfortunately for them, they might have found Julia Hartley-Brewer there.

After its Liverpool conference Labour said the Talk Radio presenter had caused ‘considerable distress’ to ‘vulnerable groups’ with a joke about safe spaces, although no one actually came forward displaying any such discomfort. These clearly well-camouflaged vulnerable creatures need fear not as The Great Jeremy (sign), or his minions, have banned Julia from next year’s conference.

It would be interesting, to say the least, if the First Socialist (sign) were to be heard in complete silence, with his audience acting as if they were miming to the Charleston in a seated position. But I get the feeling that this would not go down well. All this indicates is that the delegates who hang on every syllable uttered by the Right Honourable Member for Moscow West (sign) are made of sterner stuff than those who choose to advance their education in Manchester. The ‘vulnerable groups’ so distressed by Julia’s conduct in Liverpool are clearly not as ‘vulnerable’ as those poor dears in Manchester. Or Labour are simply not as inclusive as those students in Manchester. Perhaps Tehran’s Top Television Talk-show Host (sign) could have kayaked down the Ship Canal to find out more, if he was still in Liverpool.

There is an obvious problem with this jazz hands edict from the politburo at Manchester (apart from being ridiculous). It restricts an audience, ‘vulnerable’ or otherwise, to display only their approval of whomever is addressing them. How very Stalinist of the students’ union. Quelle surprise! There must be times when students are being told something nonsensical – like being ordered to use only jazz hands. How may students show their disapproval, if not by booing, hissing, or throwing (hopefully) drained beer cans at the stage or the speaker? What is the standard hand gesture to be used if someone is speaking codswallop? On this issue the Manchester students are silent. They have not even provided any gesture that could enlighten us.