Leftie youth should be taught the truth about Marxism 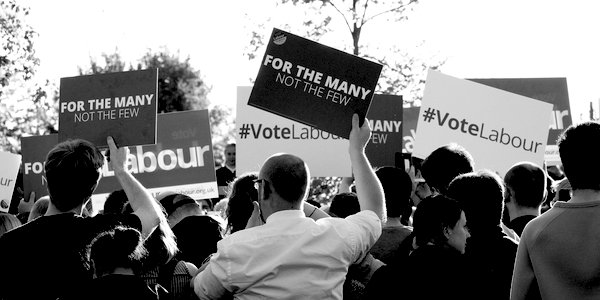 We are told that 49 per cent of 25-to-39-year-olds cannot see any circumstances under which they will be voting Conservative at the next election. Of the remaining 51 per cent, only 9 per cent intend to vote Tory. This finding comes from a YouGov poll commissioned by the Centre for Policy Studies for the launch of New Blue: Ideas for a New Generation.

Surprised? Staggered? Stupefied? You should not be. Almost certainly, anti-Tory feelings run a lot higher with even younger and upcoming voters. A TES survey of school-based mock general elections when the country went to the polls last year was informative. Only 15 per cent of pupils voted Conservative. Child-friendly Jeremy picked up 76 per cent. ‘The future has spoken,’ announced the TES, ‘and politicians would be wise to sit up and take notice.’ Indeed!

Conservative Central Office now styles itself Conservative Campaign Headquarters. Hopelessly adrift so far as most young people are concerned, this hapless bunch have hardly even woken up to the problem of why Toryism is such a toxic brand.

A clue can be found in that same TES survey. Amongst teachers only 8 per cent expressed an intention to vote Conservative. In contrast, 68 per cent opted for Labour. Since 92 per cent of teachers these days cannot see themselves voting for the Tories, where does that leave the campaigning side of Conservative Campaign Headquarters?

Criticise Labour and the Left as much as you like but with young people, especially in schools and universities, they are the overwhelming winners.

The Left has long understood that the path to power lies with the younger generation. Britain’s educational establishment was conquered around three decades ago. Cultural Marxism has now become the dogmatic orthodoxy in educational institutions. Even the suggestion that there may be an alternative vision is utterly demonised and in effect proscribed.

From the perspective of many young people, the only possible direction of travel for our society is towards the more or less fully-fledged socialism of Labour’s Jeremy Corbyn and John McDonnell. Directly and indirectly it appeals to the hearts of young people as kinder, fairer and modern. Equally, the curriculum is made to reflect this vision and no other.

Certainly, the requirement for schools to teach so-called British Values has been hijacked. In the classroom it translates into respect for diversity and the points of view of others only if those other views are not associated with the conservative side of the traditional Judeo-Christian world-view.

This can be illustrated by how we teach history. The national curriculum does not prescribe many specific events and personalities and none at all from British history. West Africa, the Islamic world and Central America do find themselves on a compulsory list but nearly all other topics from European and world history are described as ‘non-statutory’. ‘What to teach’ is a free-for-all, with slavery and the sins of British imperialism amongst the most popular choices.

In Australia this approach has become known as ‘black armband’ history. It is driven by shame about one’s own country and it is a driving force behind indoctrinating young Brits in socialism.

If the Conservatives are to have any hope of reversing the overwhelming swing to the Left in British schools and win some future elections they should require not less but more black armband history. It should prescribe the study of Marxism in all its glory – the mass murder and starvation of millions under the likes of Stalin, Mao and Pol Pot.