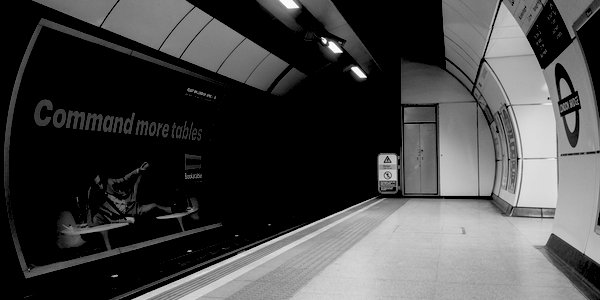 The humourless commissars of political correctness are at it again. This time it’s advertising in their sights. The ‘harmful gender stereotypes’ used in advertising are lowering viewers’ and readers’ self-esteem, according to guidance issued by the Committee of Advertising Practice (CAP), a part of the Advertising Standards Authority (ASA). This is limiting ‘their aspirations and ability to progress in key aspects of their personal and professional lives’. Delicate snowflakes.

What exactly are these offending depictions, so devastating for people’s ability to get on with their lives, and requiring such heavy-handed restriction of free expression by the state? Well, an ad showing ‘a man being adventurous juxtaposed with a woman being delicate or dainty’ is one. Appalling, I’m sure you’ll agree. To be honest, what I find most appalling is not that advertisers want to show such things but that people like to see them. Just imagine all those people sitting at home – men aspiring to be adventurous, women desiring to be pretty, finding these things attractive in one another. It’s disgusting, frankly.

What else? Another ‘problematic’ specimen is an ad implying that a person’s ‘physique is a significant reason for them not being successful, for example in their romantic or social lives’. Which speaks for itself, I’m sure you’ll agree. After all, we all know that appearance and fitness play no part at all in making people attractive to one another, so I for one will be glad to see any such insinuation banned. Actually, while they’re at it, can they ban any suggestion that some people are better-looking than others and therefore find it easier to attract sexual partners? In fact, can they just ban being beautiful? It would make everything so much easier and fairer for everybody.

Also banned are ads which belittle a man for ‘displaying emotional vulnerability,’ even in jest, since ‘the use of humour or banter is unlikely to mitigate’ the offence caused. Cheery lot. So out goes the classic Walkers ad with Gazza crying because Gary Lineker stole his crisps. Sick joke, mocking a man for bawling his eyes out.

Advertisers will also, from June 2019 when the new rules come into force, have to pretend that women don’t usually end up doing most of the housework. Which I’m sure will delight housewives everywhere to see men on Dettol ads cheerfully doing what they know very well usually falls to them. And won’t this ban on depicting housewives in ads make them feel like there’s something wrong with them? It is hardly affirming of one’s manner of life to have it deemed offensive enough to be banned from TV! Yet more of the state’s war on women and their choices, where women are allowed to choose anything as long as it’s not what many of them actually want to do.

Besides, insofar as advertisers draw on themes like these they do so because they believe they will connect with their audience. So if we ban them are we not just banning the depiction of what life is actually like for a lot of people, and what they aspire to and find appealing? The motto of the ASA is ‘legal, decent, honest, truthful’, reflecting its statutory duty to ensure advertising is all these things. Why then is it here banning advertisers from being honest and truthful in their portrayals of the lives and aspirations of those they are targeting?

You might be forgiven for thinking this is all an undisguised exercise in social engineering along PC feminist lines. But you’d be wrong. ‘We don’t see ourselves as social engineers,’ Ella Smillie, project lead on gender stereotyping at the ASA asserts. ‘We’re reflecting the changing standards in society.’ Of course you are, Ella. Reflecting them in a way that reinforces them to change the way people think and behave. So social engineering then.

The saddest thing about all this Leftist meddling in our freedoms is that underneath it all is a real problem to be addressed, but one caused by ‘progressive’ policy not solved by it. There is a big problem in relation to mental health in this country, particularly among women and girls. But it is a crisis resulting largely from the aggressive promotion of feminism, not a lack of it. The fact is that female happiness and well-being has been declining across Western countries since 1975 – exactly the time of the triumph of feminism with the normalisation of the have-it-all ideal and the promotion of female promiscuity.

Not that feminists will ever acknowledge it, but women were happier when they were supported in their elementary aspiration to settle down with a good man and have a family. Not when they are encouraged to suppress such urges in favour of living at a hundred miles an hour, juggling career and childcare, with men no longer inducted into the basics of chivalry. Or, when single, to have to manage the constant disappointed expectations of men hoping to score with them in a culture that has normalised the female libertine – the real root of the #MeToo movement.

The bottom line is that we shouldn’t be imposing vague, ideologically-driven rules on our society aimed at obscuring what human life is actually like or what people actually desire and aspire to. Women need less feminism, with its war on the choices and aspirations of ordinary women, not more. This latest offering from the ASA, while well-intentioned, is illiberal and counter-productive.

Share
Facebook
Twitter
WhatsApp
Email
Previous articleHow can it be racist to tackle crime where it’s at its worst?
Next articleTCW’s top reads of the year: 11 – Mary Beard