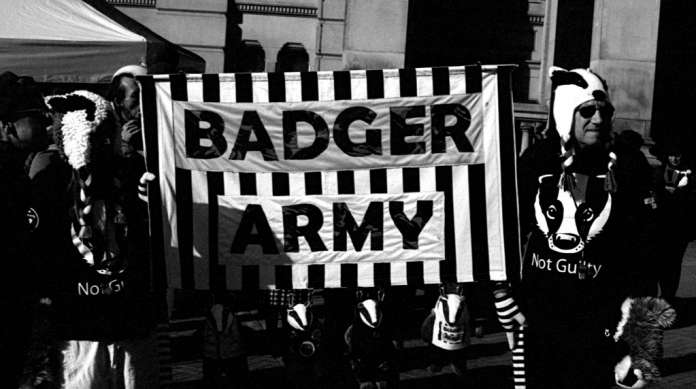 The BBC’s latest achievement has been to give a platform to an anti-badger cull activist inciting illegal protests.

Jay Tiernan, who narrowly avoided being jailed after harassing farmers and their families, was promoted on both BBC One and Radio 4 in the space of 48 hours.

Whilst Auntie maintained that Tiernan’s exposure was part of “balanced” and “impartial” reporting, the Countryside Alliance said that giving this man a platform was “the equivalent of them driving around with a burglar talking about the houses he plans to burgle.”

It’s clear to see whose side the BBC is on – a man who has been arrested and convicted for offences such as aggravated trespass, criminal damage and fraud and currently owes the NFU a £120,000 in legal costs rather than farmers facing the loss of their herds.