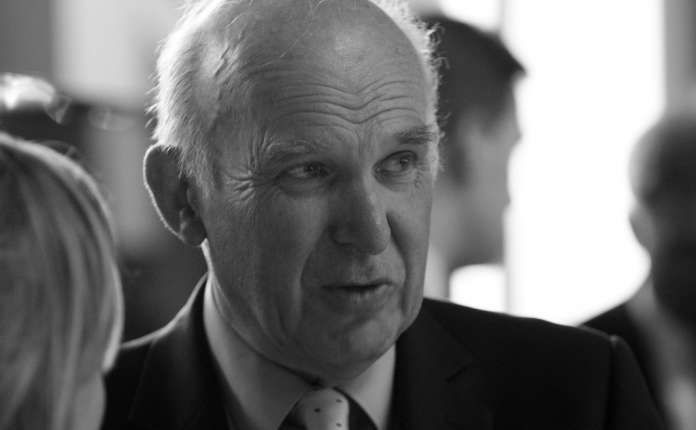 Tim Farron was hounded out for being a Christian. Now his job is up for grabs, and cometh the hour, cometh the moaner.

Writing to Lib Dem members, Vince Cable says that “there is a big space in British politics which I am determined that we should occupy”. If sore losers living in big houses with George Clooney coffee machines are that ‘space’…

The venerable Vince vows to stop “the economy approaching the Brexit iceberg” – that’s Vince-speak for ‘result of a democratic vote’. Speaking of which, Cable rallied the troops by maintaining that the “political winds are moving in our favour” – indeed they are, a gust which saw them returned with a mightily impressive haul of 12 seats on 8th June.

May the arch-Remoaners take heed of Vince’s grand old age and shuffle off to the retirement home of British politics. They can take Ken Clarke with them, too.