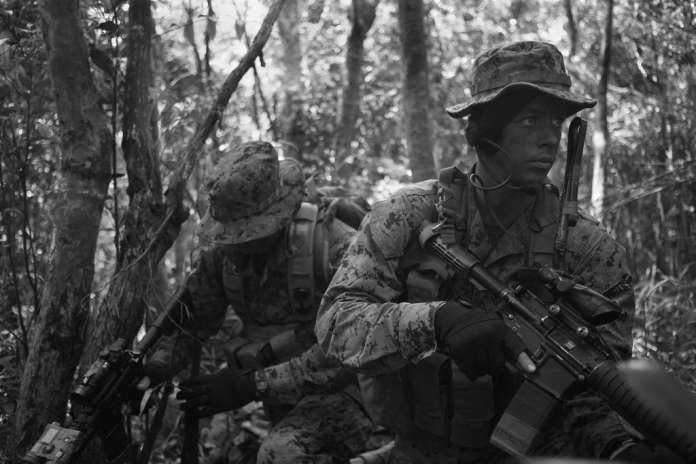 Why the furore? The social media squaddies tweeted ‘being a soldier in the jungle requires a robust sense of humour’, accompanied by a picture of a soldier on jungle exercise – complete with a camouflaged face.

The picture provoked much anger, with Twitter users saying the soldier was “blacked up” and that the Army was indulging in “blackface racism”. However, if these dullards would have looked at the picture closely, the soldier in question was actually wearing GREEN camouflage paint.

Perhaps these lefty killjoys would rather our jungle warfare troops wore PC Hi-Viz jackets not to offend anyone, enemies included?

Share
Facebook
Twitter
WhatsApp
Email
Previous articleLaura Perrins: Shameless Shami cares about her son but not yours
Next articleKathy Gyngell: Trump slumps as he plays by Hillary’s rules