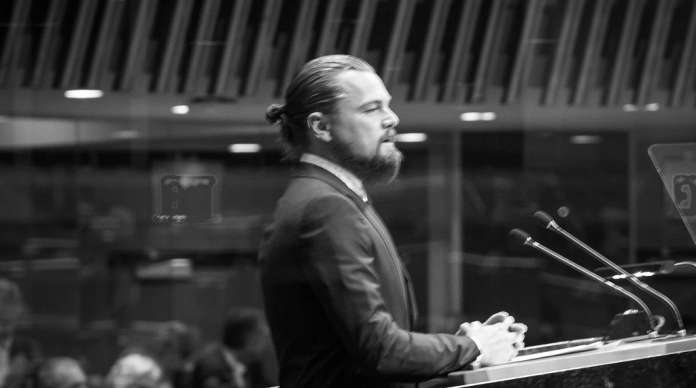 Leonardo DiCaprio has received an environmental award despite travelling 8,000 miles in his private jet.

A pioneering global member of the virtue-signalling luvvie army, his acceptance speech called for ‘action’ on climate change.

To make things worse, once he’d finished his Cannes-New York-Cannes round trip, he also hired a helicopter to take him back to his posh villa.

Despite all this profligacy, it’s not Leo but the rest of us that has to wear hemp and cycle to work.

Share
Facebook
Twitter
WhatsApp
Email
Previous articleNick Booth: Why luvvies always have to enter stage left
Next articleLaura Perrins: Face it alpha girls. You are going to have to pay the bills and settle for offcut men