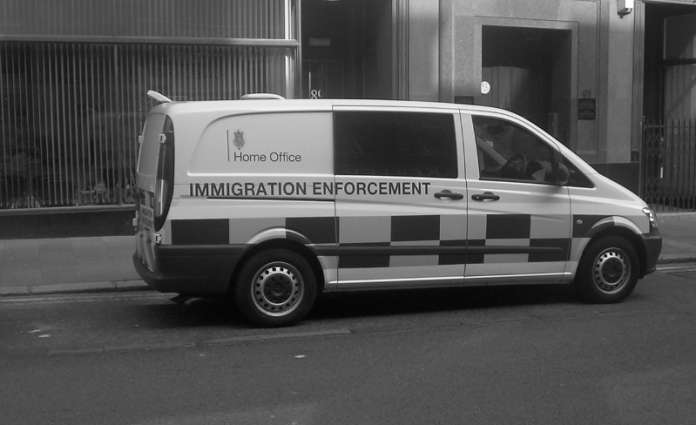 Arrests of dozens of suspected illegal migrants have caused outrage on the internet.

The migrants, who worked at the posh burger chain Byron, were duped by their employer into attending fake meetings where they were then seized by Home Office officials.

Internet people were aghast at this, coining the hashtag #boycottbyron and accusing the firm of “despicable” and “morally repugnant” behaviour – claiming that “no one is illegal”.

Since when has enforcing the law caused so much anger? Not since the Government said it would enforce the will of the British people on June 24th…