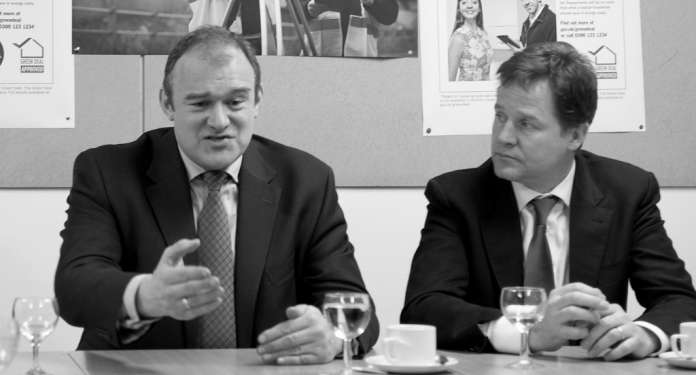 Open Britain, otherwise known as the continuity Remain campaign, shot a rather large blunderbuss into their foot yesterday as the mask slipped to reveal their Lib Dem electioneering antics.

In unveiling their ‘hit list’ of 20 ‘Brexit MPs’ to unseat as a continuation of their huge post-Brexit strop, several of the targets are actually Remain-backing Tories including James Berry, Nicola Blackwood, James Heappey and Luke Hall. And the party that would benefit from their unseating? Yes, you guessed it…the Lib Dems.

A complete coincidence that Open Britain’s boss used to be one of Nick Clegg’s top advisers, then. Thankfully, Nicky Morgan, Anna Soubry et al wised up and have deserted the outfit with beautiful comic timing, not fancying being part of an organisation wanting to cull Tories at the ballot box. Funny that.

Those shameless Libs will do anything to get in by the back door.