NewsPaperthe art of publishing
HomeNewsLeslie Loftis: Ann Coulter is no longer the pin-up girl of American...
6

Leslie Loftis: Ann Coulter is no longer the pin-up girl of American conservatism 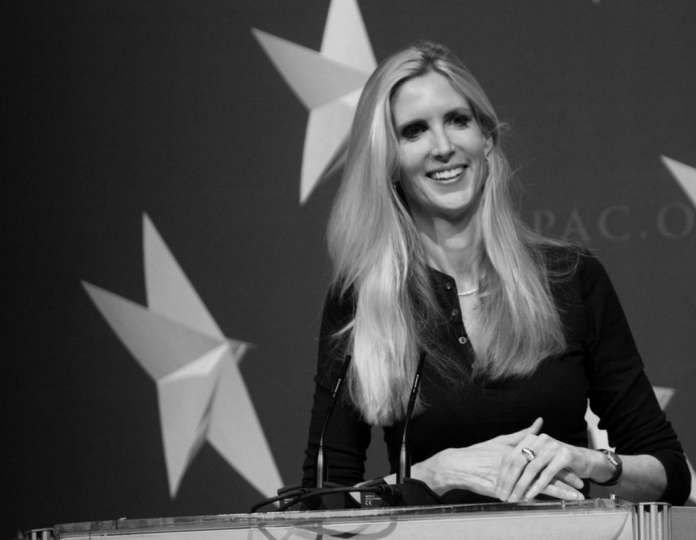 Ann Coulter has been a fixture in American political commentary for about 20 years. Once upon a time, we American conservatives loved reading her.

I’m a little older than Sarah Rumpf, author of this “Ann Coulter Broke My Heart” piece, so I was a young lawyer then mother reading Coulter, but my reasons were the same:

For me and many other young conservatives, Coulter’s books were a revelation. Backed up by painstakingly detailed research and what seemed like millions of footnotes, she took liberal tropes that had been presented in the mainstream media and my history books as facts, and completely shredded them, interweaving some vicious sarcasm along the way.

Reading Coulter was like studying a form of mental martial arts. Here were the specific reasons why the liberals were wrong, and better yet, a strategy for how to make the arguments. I devoured her writings, along with those by other conservative thought leaders like Andrew Breitbart, Friedrich Hayek, and Jonah Goldberg, in an effort to build my own intellectual arsenal.

She still offers tight research but mostly provides facts to people already inclined to her positions. She attracts publicity by incendiary rhetoric, which almost makes good facts harder to spread because of their association with her. The Left uses her as one of their primary all-Republicans-are-mean-and-heartless examples, even though it has been a long time since right wing politicians sought Coulter’s approval the way they do, say, Rush Limbaugh or Erick Erickson.

Coulter did the opposite. She started as a conservative intellectual writer. Wildly popular in the early 2000s, in part because of her tell it like it is honesty, she became about delivering the harsh truth, emphasis on the harsh. She must have thought she was popular for shock tactics and so began to rely on them.

Look at this past week. Until Tuesday night’s State of the Union Address, when she tweeted that Trump should deport South Carolina’s Governor Nikki Haley who is the daughter of Indian immigrants, few in even in conservative circles had paid her much attention even though she has a book out on immigration. Due to international events, of course, immigration looms large in this cycle, yet few have read her book. I only know of two, and most would consider one of those a fringe reader of everything. So Coulter went for an obnoxious comment about a sitting governor. And she knew it was obnoxious.

America has distinctive attitudes on immigration. Accepting and assimilating immigrants is part of our national identity. Historically, we have been very good at assimilation. While we’ve forgotten much on that point, we are still better than almost everyone else.

(Ask me about taking the Life in the UK test a few years ago. It struck me so that I wrote it up.)

Occasionally she tries nonsense. Earlier in this election cycle she tried to rally support for another Mitt Romney run because of her view of his “tough” stance on immigration, which serious commentators can hardly be bothered to eyeroll about. Just Wednesday night she sparred with Hugh Hewitt: “[Romney] had the toughest position on immigration until Donald Trump rose like a phoenix.” Recruit Romney came to nothing and it looks like Cruz or Rubio, both children of Cuban immigrants and candidates who Coulter does not prefer, might take out Trump, her preferred candidate.

She might be the least influential commentator who still manages to get air time.