NewsPaperthe art of publishing
HomeNewsLeslie Loftis: ‘Ebola’ missionaries are not idiots. But are their motives sound?
3

Leslie Loftis: ‘Ebola’ missionaries are not idiots. But are their motives sound? 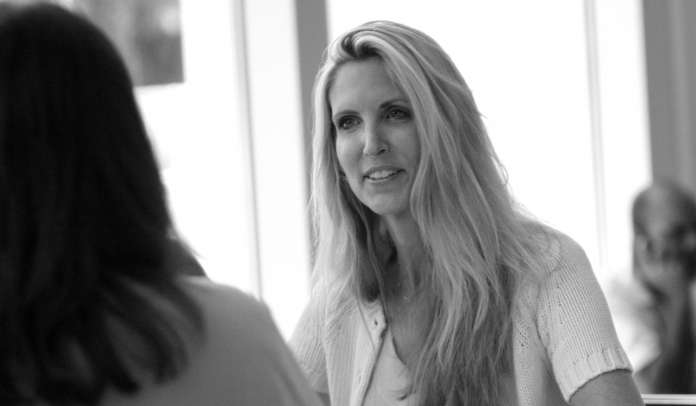 Conservative writer Ann Coulter was up to classic form earlier this month. For anyone not familiar with the American pundit, she uses harsh rhetoric to draw attention to uncomfortable discussions. This time she made the US blogosphere rounds, calling the US Christian doctor who contracted Ebola while doing humanitarian work abroad idiotic for going abroad when there was plenty of humanitarian work to be done at home, where the risks and costs of Ebola did not exist.

The doctor isn’t an idiot, and the idea that churches shouldn’t send missionaries abroad while there is mission work to be done at home is a ridiculous over-generalization. But Coulter’s article went round because her premises resonated with many.  American Christians have grown unsure of and subsequently defensive about charity work abroad.

Coulter maligned the doctor with criticism that is quite valid for a subset of missionaries and humanitarians. Often done by well intended philanthropists who don’t know enough about the cultures they seek to help or the technology they introduce, international charity work does not have a great record outside of PR. The current book on this, Toxic Charity, is about three years old.

“Contrary to popular belief, most mission trips and service projects do not: empower those being served, engender healthy cross-cultural relationships, improve quality of life, relieve poverty, change the lives of participants [or] increase support for long-term mission work.”

The Huffington Post grabbed a post from blogger Pippa Biddle earlier in the summer, same topic also with a provocative title, The Problem with Little White Girls (and Boys): Why I Stopped Being a Voluntarist, and an illustrative anecdote:

Our mission while at the orphanage was to build a library. Turns out that we, a group of highly educated private boarding school students were so bad at the most basic construction work that each night the men had to take down the structurally unsound bricks we had laid and rebuild the structure so that, when we woke up in the morning, we would be unaware of our failure. It is likely that this was a daily ritual. Us mixing cement and laying bricks for 6+ hours, them undoing our work after the sun set, re-laying the bricks, and then acting as if nothing had happened so that the cycle could continue.

Coulter didn’t mention that point about ineffective charity, but she tapped into the concern and defensiveness to spread the even more uncomfortable truth: our intent affects our actions. Jill Kirby made a similar point in Volunteers are altruistic. Pay them and they become cheap labor.  If we seek money or accolades, those we shall receive, and whether or not our charity actually helps the needy will remain an ancillary outcome.  In fact, as Ann explains in her main point, it is the desire for accolades that draws us to do charity abroad:

Of course, if Brantly had evangelized in New York City or Los Angeles, The New York Times would get upset and accuse him of anti-Semitism, until he swore — as the Pope did — that you don’t have to be a Christian to go to heaven. Evangelize in Liberia, and the Times’s Nicholas Kristof will be totally impressed.

Which explains why American Christians go on “mission trips” to disease-ridden cesspools. They’re tired of fighting the culture war in the U.S., tired of being called homophobes, racists, sexists and bigots. So they slink off to Third World countries, away from American culture to do good works.

She’s not wrong. Charity work abroad tempts those who seek praise for their good works or the easy compartmentalization of their charitable works. Working in a soup kitchen for an afternoon can be invisible to friends in a way that a gap year charity trip or standing summer trip to build schools in Nepal isn’t. Plus, one could work in the soup kitchen often. It isn’t easily limited. Travel abroad for charity, however, and one can do good works for a few weeks every summer. Throw in fund raising at home to tick the To Do box and get the Good Works Seal of Approval.

Not only does work abroad help us feel appreciated, but we see an easier opportunity for results. Outside of the relativist West, missionaries can use all of the old mission strategies. At home we can’t even use the traditional vocabulary. And only the Mormons seem to be innovating. The rest of us keep trying the pop music Sister Act gambit: if we entertain them, they will come.

For Ann’s insult to the missionary and Pippa Biddle’s race click bait title, they have a point. Throwing money and people at far away problems is rarely the best way to serve the needy.  I’d frame Coulter’s point a little differently, however. All Christian missionaries aren’t narcissistic idiots. Some are. But the larger problem is the rest of us are remiss. Charity starts at home, in our own community. Too often, we forget that.

Share
Facebook
Twitter
WhatsApp
Email
Previous articleHolly’s Letter from America: Outsource the drudgery of parenting and you outsource the joy
Next articleNeil McKeganey: Time for tough action over legal highs. The CSJ is right to take ministers to task