NewsPaperthe art of publishing
HomeNewsLeslie Loftis: Trump's troops will rage, rage at the dying of the...
46

Leslie Loftis: Trump’s troops will rage, rage at the dying of the Right 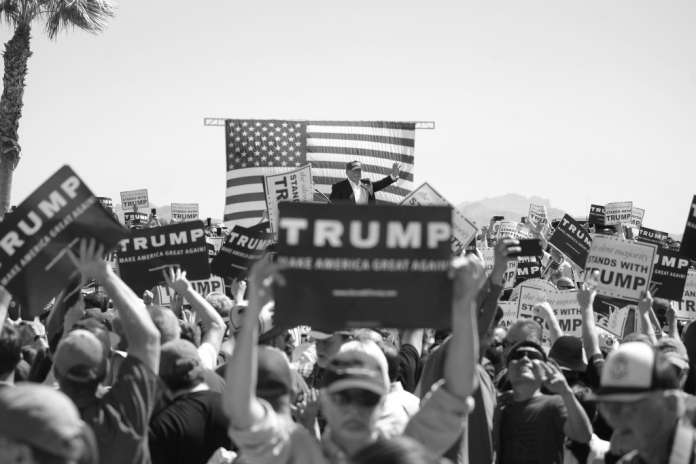 I am writing this on Sunday evening before Election Day. I just finished binge watching the first episodes of The Crown, Netflix’s new historical drama about Queen Elizabeth II. (Yes, it is the one in which John Lithgow plays Churchill. Complain if you must, but it is well done so far.)  Traditions and peaceful transfers of power are on my mind. Only this time my mind is not calm.

This lull, when there is no more time for opposition research dumps and no more polls to count except the real one, it feels like the quiet before the storm.

Americans are assured to wake on Wednesday facing the prospect of a presidency that does not respect the rule of law. Both candidates only understand power and the will to use it. They see constitutional restrictions on power as nuisances to be ignored for whatever greater good they have in their own minds.

No matter who wins, America faces a long four years. This long term struggle, however, is not the one that worries me tonight.

Both Hillary Clinton and Donald Trump supporters anticipate a win. One set will be shocked, devastated, and angry, very very angry.

That anger will be greatest in the event of a Clinton win. This is not necessarily because of temperament of either side but because of expectations. While the Clinton supporters can look to better metrics, they are not nearly so confident as Trump supporters. Furthermore, Clinton is not their base-anger candidate. That was Bernie Sanders who Clinton and the party machine vanquished months ago. The frustrated Democratic base has recently tasted defeat and had time to come to terms with another establishment presidency.

In sharp contrast, the Republican Party’s populist anger candidate is their nominee. A well-spring of anger is hidden by hope at the moment. And opportunists have fueled that hope.

Click farm websites and captured news organisations like Fox and Breitbart have given his supporters and overly optimistic view of Trump’s chances. They are loaded with misleading stories and cherry-picked polls. My personal favourite was a combination of these tricks. Various sites ran a story about Trump’s lead in Florida early voting …before Florida started early voting. The actual data was on assumed party affiliation based upon demographics of absentee ballot requests. Actual early voting analysis from Florida, however, bodes better for Clinton than Trump. (As does Nevada’s early voting pattern that Romney hopefuls misread in 2012.)

In the Brexit comparison that assumes a “shy Trump” polling error, almost everyone seems to have forgotten that Trump underperformed or tied his polls in the primaries. There wasn’t a shy Trump effect then, and there is little reason beyond hope to think there is one in the general. In fact, here in Texas, I see far more hints of a “shy Hillary” vote. If she has one and the women and Hispanic Trump refusal is higher than the models predict, then Tuesday could be a short night.

Yet, a Clinton win, close or otherwise, will not mitigate the fact that Clinton corruption is real. It won’t be just sour grapes to lament her election. The scandals never end with the Clintons. And she is divisive. She is far more likely to escalate conflict than diffuse it.

The gloating that may come on Tuesday night, I’m trying to brace myself for the gloating. But others aren’t. They know — know! — that Trump is going to win a landslide.

Both sides in this election see the other as grave threats to our republic — and for the record, I don’t think either side is wrong. But one side is going to lose this election. Most likely, the losers will be Trump supporters who are least prepared for the outcome.

Shock and revulsion make a potent combination. I worry that this will not be the peaceful election evening in America.