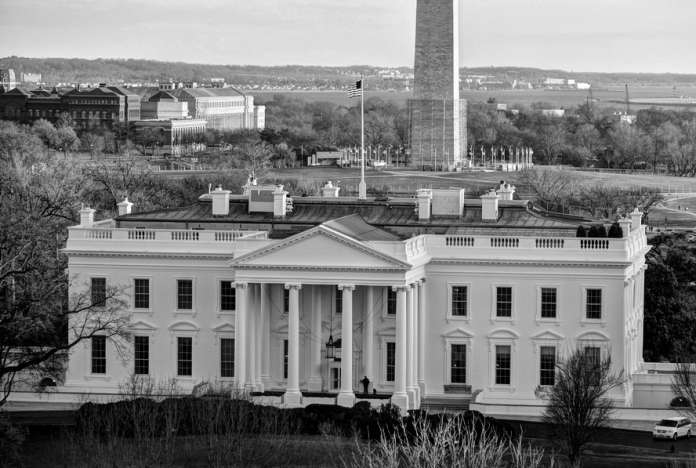 I confess that Tuesday night did not go as I expected. I also confess that if someone had told me three years ago that Republicans would win the White House and both houses of Congress and that I would find the event unsettling, then I would have dismissed the prediction as I dismiss carnival fortune tellers.

I won’t rehash my objections to President elect Donald Trump because I’ve covered them here over the last nine months and because I also would have been unsettled by the prospect of a Hillary Clinton presidency. Unsettled was always going to be my Wednesday, November 9th, I simply anticipated unsettlement about other details.

So what just happened? A comment from the thick of the night hit the nub. When the later returns started showing a pattern of Trump outperforming 2012 Romney across various groups, a liberal acquaintance asked: “What does it take to overcome Trump revulsion?”

It takes decades of expansive government power and eight years of an administration unreservedly using that power to do as it pleased. The Obama Administration was bound by neither law nor tradition, or even respect for the opposition. People were so fed up with having to take whatever Washington dished out that they voted for Donald J. Trump. They found government more repulsive than the man. And the intellectual chattering classes — the media, the ivory tower, the party players —they all completely missed it.

One of the lessons for me today is: I’m a part of the miss. Oh, I saw the issues. My recurring theme of 2015 discussions among writers was ‘you don’t have to like Trump but you must pay heed to the frustration he represents.’ But I didn’t think frustration with federal government was high enough to get enough voters who would endure Trump. I was wrong. Frustration with government is that high.

I am married to an annoyingly wise man. (That’s affectionate annoyance. On long term, deep analysis, the man is rarely wrong.) I thought that the race would be a referendum on Trump. He insisted I was missing the point like so many other pundits. The election was about runaway government. Again, he was right.

Even though I saw the issues, the facts that my husband and I don’t live on a tight budget and aren’t in an industry in phase-out (God does protect lawyers) allowed me the privilege to consider Trump’s character in my metric. When the Obamacare plan cancellations and rate hikes hit two weeks ago, this was not an annoying budget item to many people. It was a crushing one. For these households, the character nuances among the two candidates was an indulgent concern.

The rate hikes are just one example, but because of  their timing I do think this is where the race shifted. Many rebellious Republicans “came home” then, which coincided with the FBI email scandal, so the chatter assumed it away.

Then we have the polls. Readers of Nate Silver at FiveThirtyEight knew last night’s events were possible. They just weren’t likely. But as last night taught us — again — almost everything that legacy media tells the public is wrong.

Last night huge numbers of previous Obama voters, including minorities, voted for Trump, and outside of right media, only Silver seems to have considered the possibility. Everyone else assumed that the old breakdowns — race, sex, and religion — are still in play. The realignment some of us have been watching for, finally gave us a hint of an outline last night. It’s rural to urban and across race, sex, and religion.

We will hear much about sexism against a female president and racism, or “whitelash,” but this is mostly media defensiveness. Recall the summer story of Ben Rhodes and the know-nothing media  He, a political operative, could feed them whatever narrative the powers that be needed because they reliably failed to question their own assumptions or do the required research. (See also, the Rolling Stone verdict ) This is the media, sticking with their comfortable assumptions. The race couldn’t possibly be about government. Government is the solution. Right?

A few conventional wisdom rewrites to close this America Watch. Get Out The Vote efforts remain essential to local races but are superfluous to national ones. Party political consultants are generally a waste of funds. And last, new and social media have supplanted legacy media. I claim some vindication on this and I will be pleased if I never again have to endure watching big names in makeup ramble on with low-knowledge filler chatter while some tech person tweaks something on the big and flashy set.