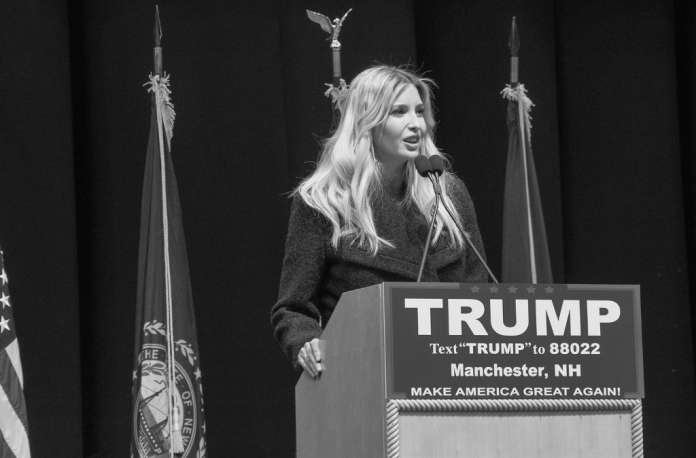 In the first signs of effective campaign strategy in the general election, on Tuesday evening the Trump campaign unveiled a plan for supporting families. Donald Trump’s daughter Ivanka followed up with an opinion piece in the Wall Street Journal on Wednesday.

The proposal offers various tax credits and savings accounts to allow families to make childcare decisions as they see fit. This is welcome as most plans financially favour one type of family, one or two income, which just plays into the old ‘to work or not to work’ Mommy Wars.

As strategy, the proposal co-opts Democrats’ claims to be for women. Their claims are often empty or unintentionally ironic, so proposing some real reform challenges the Democrats to defend their mythical record.

For one per cent feminists like Hillary Clinton, defending their record is difficult if anyone looks beyond the rhetoric. They are the types who think women’s value is found in a career, and as a result, they have alienated a large percentage of the female population. The offence is decades old and only blunted by the epidemic of short memories resulting from systemic failure of public education.

Having Ivanka Trump selling the plan is also a good campaign move. She was well received with her remarks on the topic during the Republican convention this summer and she is successful, younger than Boomers, articulate, and beautiful. Optics aren’t everything, but good ones certainly help.

Those are the high points of this proposal. The bad points? To start it is essentially another entitlement system of the sort that conservatives often rail against. See Charles Krauthammer’s reaction or pull up almost any piece on childcare in our archive here at The Conservative Woman. Trump offered big government solutions to a cultural problem.

The go-to solution of subsidised daycare isn’t a fix. Remember the House of Commons nursery kerfuffle? Shockingly, most mothers, and a fair few dads, would rather be at home with their broods rather than running the professional rat race.

Businesses could provide the sought after flexibility without government action. So why don’t they? Here we get to the dirty little secret about creating family friendly workplaces. One per cent feminists, the ones currently in the corner offices, don’t like them.

Flexibility policies used to go by a derogatory name, the Mommy Track. Few use the term anymore because we now know that many women would love Mommy Track options and one per cent women’s open distain belies their reputation as being for women. So they resist such programmes quietly.

They are wedded to a ratio. They assert that we will have achieved equality when 50 per cent of dads stay home and 50 per cent of CEOs are women. They resist parental leave or flex time because more women than men will use those policies, jeopardising that quest for perfect numerical parity.

Women can complain about the lack of flexibility. That then helps the sisterhood advocate for things they want like universal childcare, or in this instance, childcare tax credits. But the feminists decree we cannot actually offer or accept flexibility. That is selling out to the patriarchy.

So the Trump campaign’s decision to push a professional mother agenda and out Democrat the Democrats is an excellent move at this point. Whether it is enough to swing the election to Trump, I don’t know but I doubt so. It does come on the heels of a series of Clinton campaign failures, which have had a greater effect than if they had occurred in succession rather than simultaneously.

Still, this is Donald Trump trying to woo college-educated women. His impression among that demographic alternates between repulsive and erratic. On the whole they would not trust him even if they wanted to. The best he can realistically hope for is that Clinton bungles her reaction so thoroughly that women are too depressed to vote for her.

Suppressing her vote does seem to be his overall strategy. Given his negatives and lack of a ground game, it is really his only available strategy. Clinton is a terrible enough candidate that this idea is not stupid on its face, but it still depends on her screwing up enough that her voters will grow so depressed they won’t bother to show up.

When your shot at winning depends on how much you opponent screws up, then you might get lucky, but you are stuck waiting for that luck.