NewsPaperthe art of publishing
HomeNewsLeslie Loftis’s America Watch: The UN is close to signing its own...
56

Leslie Loftis’s America Watch: The UN is close to signing its own death warrant 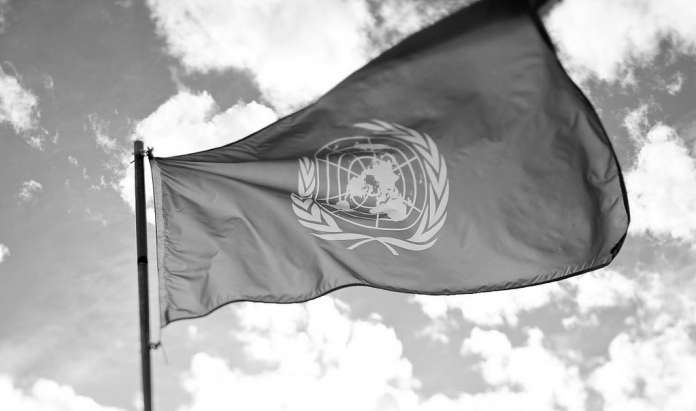 It is no secret that Brits and Americans do not, as a general matter, see eye to eye on the issue of Israel. For the purposes of this discussion, however, it is only important that broad and bipartisan American support for Israel is a fact. After Resolution 2334 sanctioning Israel and the reported machinations that made it happen, the UN is in more peril than it realises.

The UN is not a favored institution in the US. Any appearance of a rosy reputation is a bubble-illusion from the urban elites, the ones who just discovered, or should have, how out of touch they are with American sentiment.

When Americans off the Clinton Archipelago (go ahead, Google that term) think of the UN, they think of absurdities such as the composition of the UN Council on Human Rights, of wasting time to seek an 18th resolution, or, as in this case, of international mob hits on Israel, a tiny democracy that has the audacity to think it has a right to exist.

In the Loftis household, we have more specific UN knowledge. My husband was the senior lawyer on the oil claims tribunal for the United Nations Compensation Commission in the late 1990s. Then-Senator Jesse Helms of North Carolina had been calling out the bloated UN bureaucracy, and my husband wanted to have a drink with him to explain, “Senator, you have it all wrong. It’s much worse than you think.”

President Obama and Secretary of State John Kerry might have arranged the vote intending to present President Trump with a two-state solution fait accompli upon his inauguration, but this is one last flourish of foolishness from politicians who neither understand American views on Israel nor how American government actually works.

None of it is binding. Executive orders or guidance can be undone. The Left is only now discovering their live by the sword, die by the sword predicament, which is exacerbated by President Obama’s habit of using Executive Orders to force (temporarily, as he is about to learn) his unpopular positions on the American public when their elected representatives refuse to do what he wills.  “Fundamental transformation” of America isn’t on the menu at the Congressional cafeteria.

I’ve seen multiple options about the UN up for discussion after the Israel vote. There are old and bipartisan options, such as a league of democracies, or as National Review had it, “A UN with Standards.” Frankly, some such organisations already exist and the US could simply divert its time and money to working with those organisations first. For other options, I saw calls for Congress to pass a resolution to defund the UN or for President-elect Trump to do so after the inauguration.

Do not object that the idea is just too preposterous. We’ve done it before. Congress did not authorise chunks of dues payments to the UN from the mid 1980s to the late 1990s. The 1999 Helms-Biden Act (yes, the Republican Helms mentioned above and Joseph Biden the current Democratic Vice President) imposed limitations on US funding of the UN. Member states called the US a deadbeat for balking at footing a third of the international body’s budget, despite being one of almost 200 members, or one of five Security Council permanent members.

The sentiments Sen Helms explained in his historic address to the UN Security Council in 2000 have not changed. In fact, they’ve gotten worse and President-elect Trump is not the patient politician that Helms was. (And that is saying something.) He very well may encourage Congress to defund the UN dues, in toto, and be met with cheers. The UN is hardly effective with US funding. How will it fare on an austerity budget?

Yes, this would have long-term consequences. For all of the UN’s flaws it does one thing very well, it provides a space for nations to vent and cool, rather than rush to violence—or in pithy Churchillian phrasing: “To jaw-jaw is always better than to war-war.”  (My husband says that it does do some other things very well — like refugees and the WHO — but the permanent UN staff really wants to be in the business of dictating to member states.  I hear that plan isn’t working out so well for the EU.)

Still,long-term consequences will come to everyone else first. Two oceans, energy independence—oh, did the news of Texas’s new oil field discovery make it across The Pond?— and weariness of constant berating have only fed the isolationist corner of our soul.

Donald Trump is a true iconoclast. And the UN is an icon much of America would not cry over should it shatter.  Would that be good? Perhaps, perhaps not. But, do not think it couldn’t happen.