Lesson of the pandemic – globalisation is bad for you 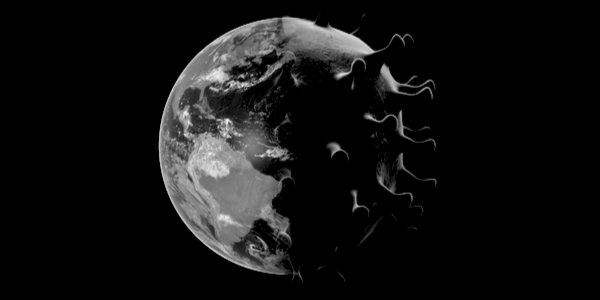 THE ‘pandemic’ has been all about globalisation. Global corporations and institutions have managed the response. National governments have largely been following their lead.

During the last few years, there has been a growing sense of global citizenship. Certainly all media channels promote global content. There are two sides to this sense of global belonging: firstly we feel a sense of kinship with people everywhere, and secondly we are all aware that there are global problems that need solving. Until recently, it was quite natural to suppose that global governance or regulatory bodies were needed to come up with solutions for these problems.

But we are not seeing global institutions solving problems. In fact we fear they are creating more problems. The WHO, WEF, UN, along with a massive number of mega corporations, NGOs and media conglomerates seem not to be doing a very good job.

The pandemic has given us an object lesson in the lawless expanse of globalisation. A group of biotechnologists allied with Big Pharma were engaged in creating deadly diseases in hidden laboratories. Their stated purpose was to discover cures for illnesses that possibly might arise in the future. In the event, according to many respected scientists, they inevitably released a disease and then profited from a cleverly marketed but ineffective ‘cure’. Let’s not kid ourselves, such business models are two a penny in a globalised world. For years modern medicine has been pushing drugs whose long-term use results in chronic illness.

The time-honoured and humbling truth remains that the accumulation of administrative and economic power has a corrupting effect on those that wield it. Or is it just that we do not know how to administer empires?

Centralisation and globalisation are evolving towards tyranny. Centralised governance becomes increasingly separated from local communities. Sitting in remote parliaments, legislators are often out of touch with the communities they represent. Moreover party politics enforces a uniformity of policy which leaves most representatives not representing their constituents, a fact which became painfully obvious during the pandemic. Even before, centralisation had taken on an extended dimension – highly restrictive control over individual options and circumstances. People in Birmingham are far more likely to know what is needed in their city than politicians in Westminster or global moguls in Davos, but they are not allowed to enact the required measures.

When we critically review the strictures and decisions of centralised governments, they appear arbitrary or discriminative in their effects. Thus Jacinda Ardern has announced mask wearing will continue to be required in New Zealand despite the evidence that it is unhealthy. She is also keeping mandate laws in her back pocket, ready for the time they will be used again.

We could say that some governments are behaving like coercive and abusive parents while we, their virtually helpless children, are trapped by their incompetence and gaslighting.

There may be new political models that offer hope. As a physicist, I imagine our administrative systems can be remodelled along the lines of physical laws. Natural laws such as gravity and electromagnetism are universal, true everywhere, but they allow for local diversity, adaptation and evolution. Each local area succeeds in promoting suitably stable natural ecosystems whilst continuously connected to the universal laws.

If we began designing politics from scratch in the modern era, we might decide that elected representatives should sit with advisers in their local area and connect remotely with representatives from other areas to make national decisions. Each local representative could act as an independent, rather than a cog in the giant party wheel.

Going a step further, there is no doubt that one-size-fits-all medical and educational straitjackets have not supported the best possible outcomes. Educational attainment is slipping everywhere and life expectancy has started to decline. Could local diversity be further fostered if individuals could choose to spend their medical and educational dollars through for example a voucher system?

For the moment, we can call the flag bearer of this new political system The Local Party, fielding candidates who subscribe to policies which would play a role similar to universal physical laws. Elected officials in Nantes, Liverpool, Bern, St Petersburg and so on could share globally sustainable objectives without compromising national and local integrity. Exactly as universal physical laws do not compromise but actually promote local diversity.

The pandemic response has been determined by people so specialised that the broader implications of their actions escaped their consciousness. Contemplation and study are not noted accomplishments of politicians; perhaps they should be. Certainly we now know that our consciousness plays a crucial role in physical law as revealed by measurement theory. Perhaps a more profound grasp of the fundamentals of knowledge and morality should be an aim of education in general and politicians in particular.

One conclusion we can take home from the pandemic – our present approach to global problems is not working and has to evolve. The uniformity we are increasingly seeing among cities across the world includes branded retail outlets rather than mum-and-dad stores and creative start-ups. They are selling toxic processed foods and consumer items produced in exploitative factories. Cities share a uniformity of pollution and poverty.

Global corporations and institutions are usurping national sovereignty in an act of economic invasion. They are essentially predatory of national, local, and individual interests. They aim to isolate themselves from contributing to local and national taxation.

One thing is for sure: the world we live in is neither safe nor enjoyable for the majority. This is indicative of a failure of politics, education, medicine, and economics. Doing nothing about it is not an option.

Share
Facebook
Twitter
WhatsApp
Email
Previous articleHalpern, the nudger-in-chief who sees us all as lab rats
Next articleWhat is a woman? Question that stumped a Supreme Court hopeful