Lessons in radicalism are playing with fire 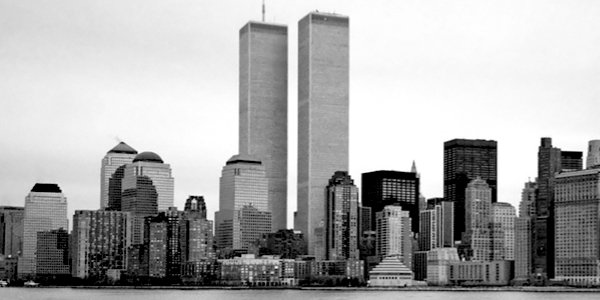 ‘9/11 changed the world, but education changes lives.’ With this clichéd declaration of intent, the charity ‘Since 9/11’ promises to help schools to ‘prevent future atrocities and . . . to build tolerance and respect for all faiths and religons’ [sic]

‘Who are Since 9/11?’ is its arresting website headline. Whilst much of this is not as off-the-wall as Sacha Baron Cohen’s Who is America? it does, however unintentionally, open itself up to an obnoxious Ali G tease.

The website’s boast that the project has been created ‘in partnership with UCL Institute of Education’ rather gives the game away. This Institute has ‘bees’ knees’ status within the educational establishment, the Blob. It has been at the heart of educational thinking for decades. Falling levels of attainment on international comparisons, widespread illiteracy and innumeracy, dumbed-down standards, a system of bog-standard comps that has given us the worse rate of social mobility in the developed world, addiction to computer technology, an obsession with political correctness, the collapse of order in too many classrooms and so on and so on – wherever one sees failure in our schools these days, traces of teacher-training DNA are evident. And in that domain the Institute of Education is top dog.

Some of the backers of ‘Since 9/11?’ read like a ‘Who’s who’ of failure in terms of their contribution to improving UK education. The publication of a ‘tes’ (formerly Times Educational Supplement) kitemark for being a ‘content partner’ should sound alarm bells. This teachers’ journal is a cheerleader for the Blob. It lines up alongside the Department for Education (DfE) in endorsing the project. Given the Department’s abject failures over the teaching of even basic skills such as literacy and numeracy it is remarkable, indeed, that it sees itself as having competence in the area of counter-terrorism.

The ‘tes’ and the DfE constitute a woeful pairing. Around the time of the terrorist attacks in Paris in November 2015, the ‘tes’ website of teaching resources published a model lesson plan for secondary school pupils. It asked children to ‘give three good reasons for joining Islamic State’ and to imagine the world ‘from the point of view of a soldier of the faith’. It added: ‘Isn’t it rather a challenge, rather a good way of getting to be important? Rather fun being awarded some female slaves? And you are one of the good guys too!’

How far can we trust a journal, and indirectly a profession, that promotes such incendiary material? The intention was clear enough. The requirement for schools to promote so-called ‘British Values’ means teaching respect and understanding of points of view with which you may disagree. My pointing out this flaw in its ‘British values’ agenda appears to have caused irritation at the DfE. I received a telephone call from its ‘anti-extremism section’ complaining that I had tipped off the press but not the DfE. MPs had been in touch with the Department to ask what on earth was going on. Given their levels of ignorance, is either the ‘tes’ or the DfE a fit and proper organisation to be endorsing anti-extremism projects in school?

The ‘Since 9/11’ teaching material is not, to be fair, oblivious to the dangers of empathising with those who hold different opinions. If these opinions are not from the stable of political correctness, however, it is legitimate to reject them:

It is recommended that teachers avoid conversations that lead to pupils trying to define a fixed essence or self. Such ideas can hold pupils back and they may sometimes attribute problems/failings to things they believe they cannot change (i.e. their fixed essence) . . . Seeing identity as fluid is important in encouraging growth mindsets and better reflects the changing nature of self/identity.

Ostensibly, the intention, here, is to encourage children to drop identity affiliations that could lead them towards extremism. The implications, though, are far more pervasive. All identity is fluid. Those who question gender fluidity for example are, at best, wrong-headed. Much the same applies to those who promote national identity above supra-national identity. The teaching pack puts before children issues and questions such as this one:

The presentation of homosexuality is illustrative of how the issue of ‘tolerance’ is approached. The ‘lead-in’ is a banner that states:

BEING GAY ISN’T A CHOICE. BEING HOMOPHOBIC IS.

This is a legitimate concern but it it fails to address the point of view of those tens of billions around the world who regard homosexual acts to be sinful. Why are gay relationships criminalised in 72 countries? Why does the host nation for the next soccer World Cup retain the death penalty for homosexual activity? Why does the Roman Catholic catechism condemn homosexual activity as sinful? Are these billions to be simply written off as evil? Are they simply ignorant and deluded? Ironically, children are being led in the direction of the very racial and religious prejudice that the teaching material is intended to combat. Bigotry is fine provided it is the politically correct, approved version. Under the banner of anti-radicalisation and ‘Fundamental British Values’ lies a rather more sinister intent. Whilst the teaching material provides different perspectives, it is clear that only one narrative is acceptable.

Teachers have enough problems in trying to teach basic literacy and numeracy. The notion that they will be able de-radicalise or prevent radicalisation is fanciful and dangerous nonsense.

The ‘Since 9/11’ charity has recently extended its reach beyond secondary schooling to publish a teaching pack for primary schools. At its launch, Sara Khan, head of the new Commission for Countering Extremism, expressed her support for its work. She warned, though, of extremists hijacking the politically correct dimension of the school curriculum and using it for their own purposes. What she has failed to understand, sadly, is that brainwashing comes in various forms. The educational part of ‘Since 9/11’ may be well-intentioned and it has an impressive list of supporters. It is, though, both confused and confusing. It is playing with fire and will surely close minds every bit as effectively as more obvious forms of brainwashing.

‘Who are Since 9/11?’ We should not have to rely on another of the ghastly Sacha Baron Cohen’s alter egos to tear off the mask and reveal what it hides.