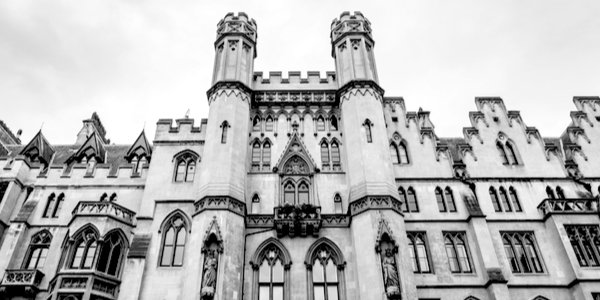 IN CASE anyone has doubts that wokery is now a religion, a missive from the headmaster of Westminster School should dispel them.

Dr Gary Savage has written to ‘members of the Westminster School community’, where boarding fees are around £43,000 per year and day fees nearly £30,000, to announce ‘a programme of diversity and inclusion training for all pupils and staff, including the Governing Body’.

This follows two reviews the school commissioned into ‘harmful sexual behaviours’ and ‘attitudes to race’. Among the other steps the school has taken to ‘to respond constructively to issues raised by past and present pupils’ are:

·       ‘Continuing internal dialogue, with pupils and amongst staff, to ensure that the appropriate lessons are fully learned and that our school is as safe a space as possible for everyone, irrespective of gender, ethnic background, sexuality or any other protected characteristic.’

·       ‘Regular assemblies and Abbey talks on relevant topics including sexism, equality and racism, and with the general message that everyone is welcome, and every voice will be listened to.’

·       ‘Continued regular and comprehensive engagement with the police, Westminster Children’s Services and the Local Authority Designated Officer, so that there is an ever-stronger working partnership between the School and statutory agencies.’

When I was a pupil at the school from 1978 to 1982, attendance at a morning service in Westminster Abbey was compulsory on three days per week. I still have occasional anxiety dreams about being late for Abbey!

The Christianity on offer was of the tepid liberal variety and not inspiring. Unfortunately, I fell in with a gang of boys from Busby’s House who took to singing the set Psalm a few bars behind everyone else. We sounded like a bunch of football yobs and should have been ashamed of our behaviour.

Abbey could have been an opportunity to communicate authentic, supernaturalist Christianity to my generation along with its ethical entailments, which include love for one’s neighbour irrespective of his or her social or ethnic background and sexual self-control. The abandonment of the traditional Christian sexual ethic in the West in the 1960s of course damaged children growing up thereafter and Westminster School was not the only institution, private or state, that reaped what the liberal elite in charge of Britain had sown.

But neo-Marxist wokery is not the solution. It would turn the school into a politically-correct brainwashing centre churning out Stalinist commissars into the professions, businesses and institutions of our country.

There is also a safeguarding issue around wokery about which any parent with a daughter at the school should be concerned. Will her femininity be respected under the new dispensation? After PE or games, what person self-identifying as whatever will be allowed into her changing room?

Christian Britain had a very clear answer to that question. A person with male genitalia could be excluded from a female changing room or toilet.

How safe would your daughter feel at Westminster School under the new religion?

Here is the headmaster’s email in full:

A letter from the Head Master

Black Lives Matter and Everyone’s Invited have been powerful forces across the world in the past two years. Together, these social movements have challenged some unacceptable cultures, practices and attitudes around sex, gender and race in society as a whole and in many schools, including here at Westminster.

Today, I am able to share with you two independent reviews – one into attitudes to race, the other into harmful sexual behaviours – commissioned by Westminster’s Governing Body. Both reviews acknowledge that the issues described are not unique to Westminster, but also make it very clear that aspects of the culture and structure of Westminster have, in the past, contributed to unacceptable words and deeds that have caused harm to some members of our community. For this, I would like to reiterate our sincere and unreserved apology. We are sorry.

The reviews bring together the experiences of pupils, former pupils, parents, staff and Governors in order to understand their thoughts and concerns. Whether through written or spoken accounts, we pay tribute to all those who have given their testimonies, often courageously so. The reviews also look beyond Westminster, to societal structures and norms that allow for unacceptable behaviours, and to which no school can be immune. We certainly acknowledge that opportunities to learn have been missed in the past, and welcome the advice in these reviews as to how we might reflect upon those and continue to improve. While the reviews make for challenging and often chastening reading, they are set out as practical documents, designed to help the School to make lasting and sustainable change.

In the harmful sexual behaviours review, Fiona Scolding QC makes 44 recommendations ranging from reviews of policies, to training opportunities for pupils and staff, to the development of a revised Relationships and Sex Education (RSHE) curriculum. The risk-based approach to her review states that while Westminster’s safeguarding is rigorous and that school risk is never higher than the endemic national risk, there is still great scope for improvement that is achievable and measurable. This will go a long way further to reduce and remove any culture of sexism or individual incidents of harmful sexual behaviours that might occur.

In the attitudes to race review, Femi Otitoju of Challenge Consultancy makes 25 recommendations to help us to tackle any element of racism at Westminster, whilst building a more diverse staff body and looking closely at the curriculum we offer our pupils. While the School’s appetite and commitment to meaningful change is acknowledged, the review also sets out the training, pupil support and enhanced communication necessary to help prevent any incidence of racial abuse, to help the School respond in the correct manner and to best offer support to any pupil who is affected.

I should like to make it clear that the School accepts the findings of both reviews and their recommendations in full, and am pleased that a number of steps have already been made to respond constructively to issues raised by past and present pupils. For example:

· A review of the rewards, sanctions and expectations of pupils, making it absolutely clear that racism, sexism and harmful sexual behaviours are completely unacceptable and would most likely lead to permanent exclusion from the School.

· A complete overhaul of the Relationships and Sex Education (RSHE) curriculum, so that every pupil is now taught key topics within the main timetable throughout their time in the School, including substantial coverage of matters pertaining to consent. The pupils’ own Wellbeing Committee has had significant input into this, and we will continue to consult and survey pupils of all ages in the period ahead, to ensure that our curriculum meets their needs.

· Continuing internal dialogue, with pupils and amongst staff, to ensure that the appropriate lessons are fully learned and that our school is as safe a space as possible for everyone, irrespective of gender, ethnic background, sexuality or any other protected characteristic.

· Regular assemblies and Abbey talks on relevant topics including sexism, equality and racism, and with the general message that everyone is welcome, and every voice will be listened to.

· A renewed emphasis on developing post-Covid integration within and between year groups, creating a more inclusive atmosphere for pupils.

· Continued regular and comprehensive engagement with the police, Westminster Children’s Services and the Local Authority Designated Officer, so that there is an ever-stronger working partnership between the School and statutory agencies.

· A programme of diversity and inclusion training for all pupils and staff, including the Governing Body.

· A wide-ranging review of strategies for staff recruitment by the HR and Communications teams, including advertising vacancies more widely and encouraging a greater diversity of applications for teaching roles in particular.

While I am pleased that we have been able to take these initial steps, none of this is to suggest that Westminster has now ’solved’ the issues raised in these reviews. On the contrary, the risk-based approach to understanding and tackling these issues only serves to make clear that, as with any aspect of safeguarding in schools, the responsibility to ask questions, seek answers and make improvements is continual. This should be a holistic process, and so we shall of course continue to consult with pupils, staff and parents as time goes on, so that everyone can have a voice as we further implement the recommendations and mitigate future risk.

To complement the important ongoing work of bodies such as the Safeguarding Group and Peer Supporter Group, the implementation of the recommendations of the reviews will be coordinated by a new Equality, Diversity and Inclusion Steering Group, chaired by a Deputy Head and reporting to the full Governing Body through a new EDI Link Governor. The remit of the Steering Group includes:

· Finding ways to recruit pupils, teachers and support staff from a wider range of backgrounds, particularly from different ethnic communities, including a full review of the tone and language in our various school publications to ensure it reflects our intention to be inclusive and welcoming.

· Looking at the broader curriculum – itself currently under review – to find ways to ensure it gives comprehensive, broad and interesting coverage to issues around race and gender, and ensures that a plurality of voices and experiences are heard and engaged with by our pupils.

· Reviewing systems of pastoral care, particularly tutoring, to ensure that current and future pupils will have the support they need to flourish, and mechanisms to give them the confidence to raise any concerns.

· Developing staff training around all the above, so that teachers and support staff also have the confidence to help the School move forwards in the light of these reviews, so that every pupil may flourish.

I am also setting up a new Head Master’s Forum, where pupils with a wide variety of backgrounds, identities and perspectives can share their thoughts about the reviews and recommendations with me and other senior colleagues, and with one another, directly and regularly. Alongside other pupil leadership groups and opportunities for pupil voice and feedback, this new Forum is designed to ensure that pupils themselves have an opportunity to shape the School’s response to the reviews.

There can be no doubt that undertaking these two in-depth reviews has been a difficult process for the School, and rightly so. We have been forced to look deep into our culture and practices and we now commit wholeheartedly to implementing the recommendations. Once again, I would like to express my sincere sorrow, and offer heartfelt apologies, for any distress or abuse experienced by any of our pupils. We are absolutely determined to bring about further, continuous improvement through a renewed commitment to diversity – of thought and ideas, of course, but also of background and identity. Our aim is to continue to provide a liberal education, taught and learned within a pluralistic community, and experienced in an atmosphere of mutual respect where discrimination or abuse of any kind are universally understood to be completely unacceptable.

Working together as a whole community we are confident we can achieve this, learn the lessons of the past, and help to ensure that every single pupil, irrespective of race or gender, is able to flourish and excel at Westminster – something which many already experience, but to which all are assuredly entitled.